Fellow Healey enthusiast, Charlie Hart has come up with several “customizations” over the years to “improve” on the original Austin-Healey design. He then makes these available to the Healey community. One of those items is a fuse panel that mounts to the firewall in the same manner and place as the original. The panel has seven fuses with a total of fourteen terminals. Two of these are unswitched – direct feed from battery and twelve are switched – hot when the ignition is turned on.

This is the original fuse panel. It was very crowded with the electrical enhancements I have on my car – cruise control, extra fresh air blower, extra under dash three fuse fuse panel, intermittent wiper control, beeper for turn signals and a sound system. If I had a failure in one of these circuits it would be difficult to assess given the small number of fused circuits. 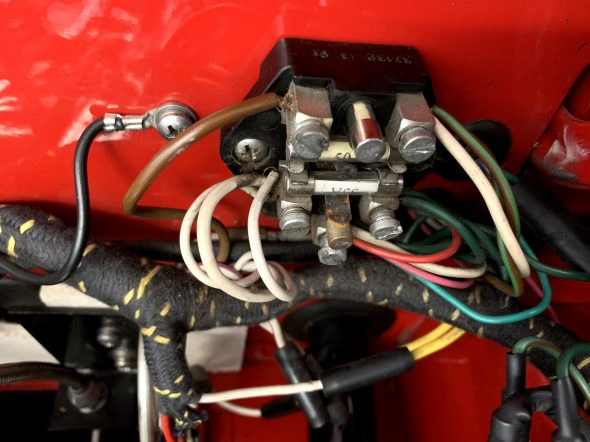 Charlie’s fuse panel is comprised of a number of individual fuse blocks that are screwed into a flat piece of pvc, and came complete with wire connectors and a sample wiring diagram based on an original unmolested car. 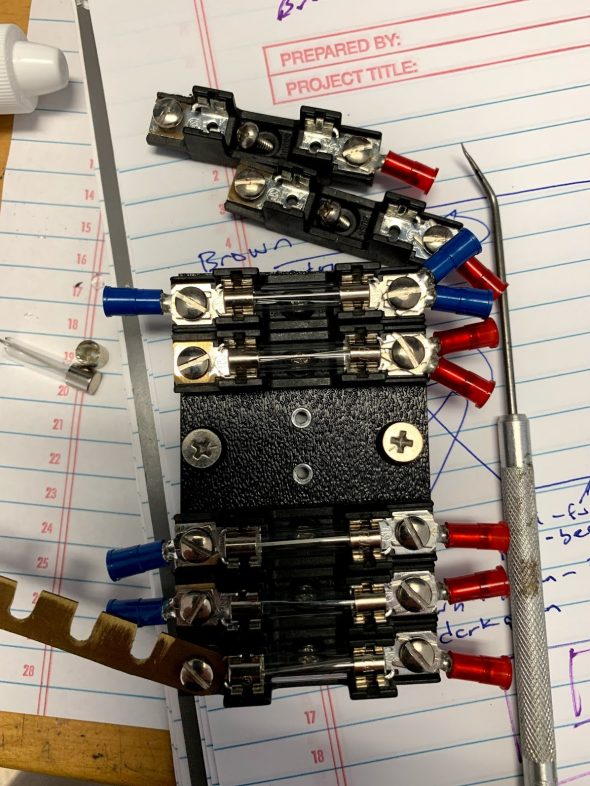 This is a photo of the panel installed with connections made. I still had to double load some of the connection points but circuit segregation is much better than it was before!

This is an image of the actual wiring to the fuse panel in the Bloody Beast: 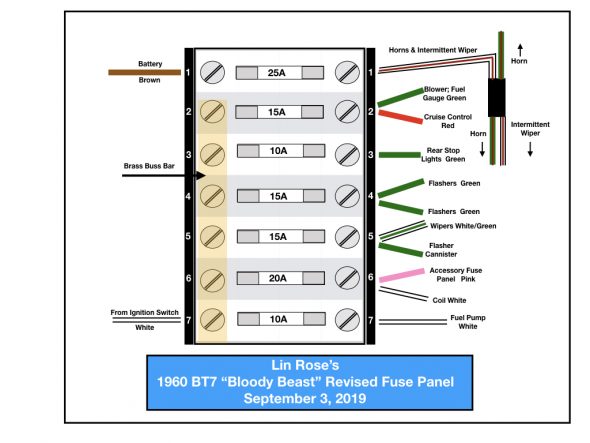