I cleaned up the Toyota W57 5 speed gearbox that I will be using with my Smitty conversion kit and painted it. Attaching the Smitty bellhousing makes it easy to stand the gearbox on end to clean and paint. 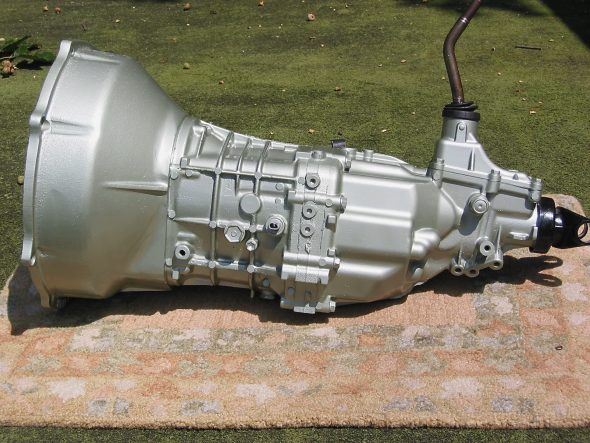 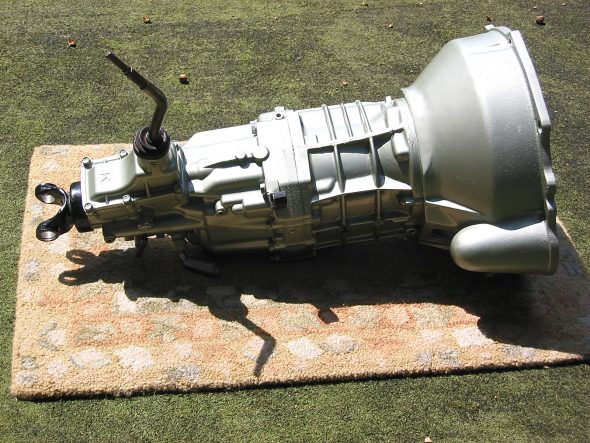 I used some 3M black rope caulk to seal the edges of the windscreen frame and then installed the painted windscreen posts to the frame with the 8 chrome #10 screws. The toggle clamp retaining studs were then also attached. 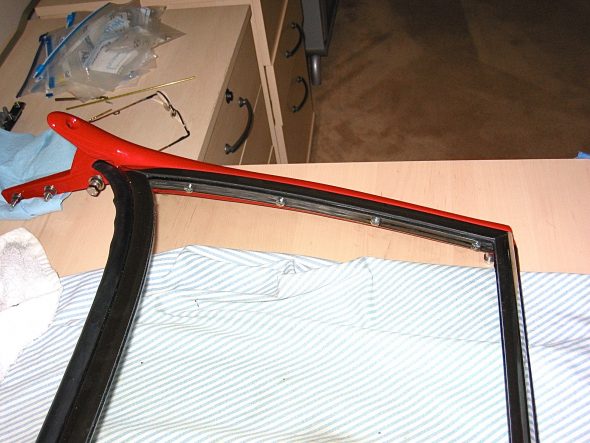 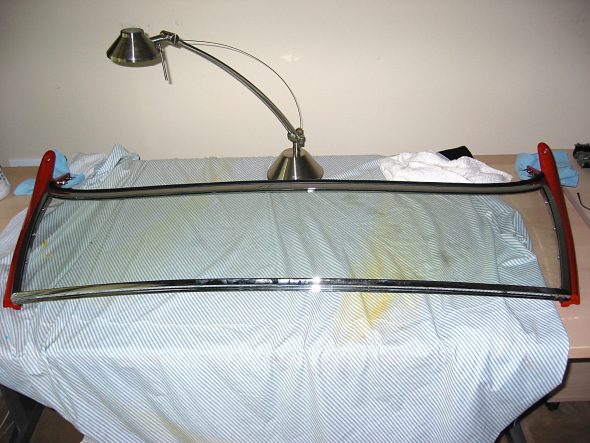 I returned to the boot lid and installed the boot lock with four flat head phillips, 1/4” x 3/4” screws. The lock was adjusted at this point as far down as allowed. Next was the boot rubber seal that is glued to the lid. The seal came from British Car Specialists and seems to be pretty close to original. I glued it with 3m black weatherstripping adhesive. I applied the adhesive to the lid and the gasket in approximately 6-8” sections, waited for it to get tacky, pressed together and then moved to the next section. The seal ends were glued together just below the lock. 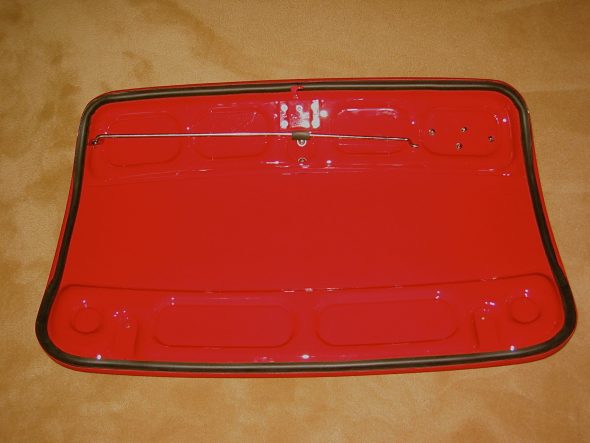 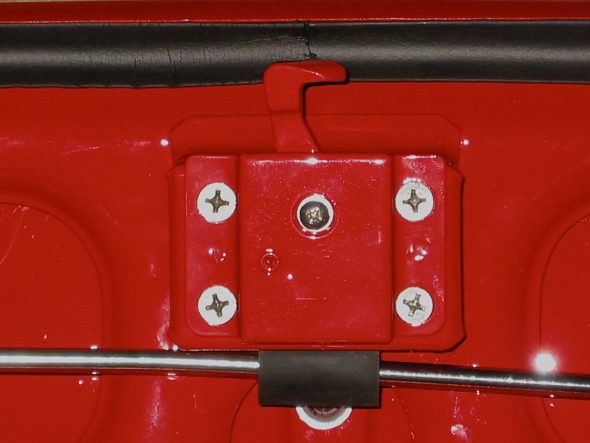 There are six #10 flat head machine screws that fasten the rear shroud to the superstructure. I installed the six through the back of the boot opening in the shroud.