In final preparation for starting the Bloody Beast, I installed the propshaft and filled the Toyota gearbox with just shy of 3 quarts of MT-90 oil using the side filler hole and filling until oil started to dribble out of the filler opening. 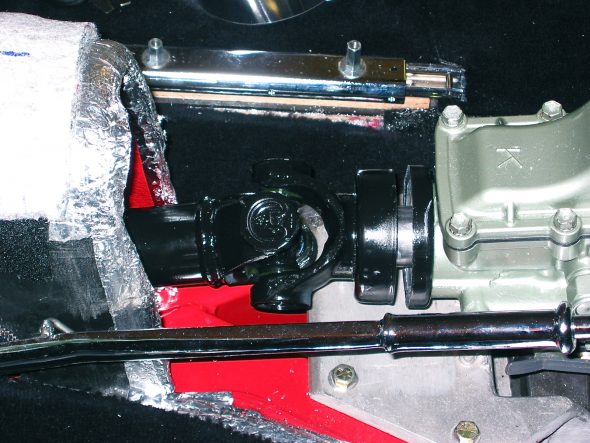 I had been waffling on whether or not I would install the ash tray in the gearbox cover, but I decided to go ahead and do it. If I equip the car with cruise control, it will serve as a great location for the control module. I cut a hole in the fiberglass cover an JB welded the bracket to the cover. The next step was to cover both sides of the gearbox cover with Dynamat Extreme. 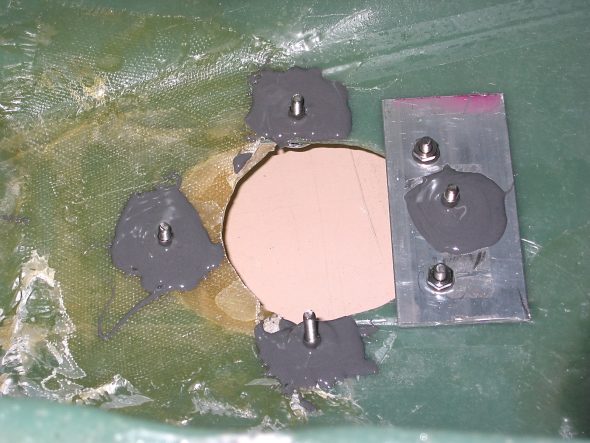 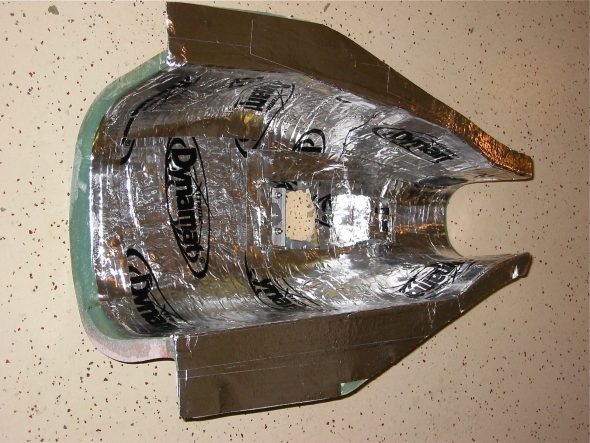 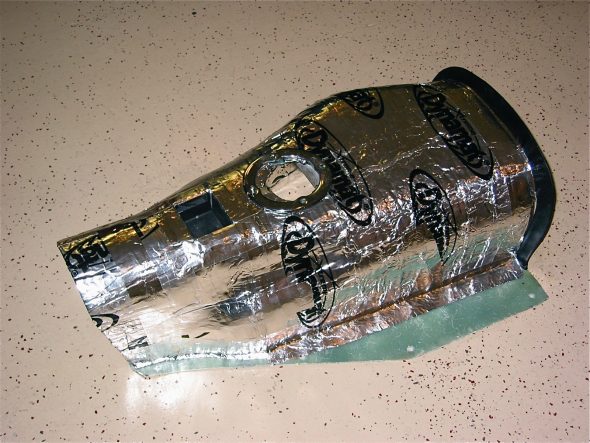 Fitting the carpet and padding to the gearbox cover was not a job that I had been looking forward to doing. Not so much hard as awkward. I installed two carpet snaps through the padding provided by Heritage Upholstery and Trim on each side of the fiberglass gearbox cover. I installed these with #6 machine screws with large washers and nuts, rather than with self-tapping screws since I was fastening to fiberglass instead of metal. 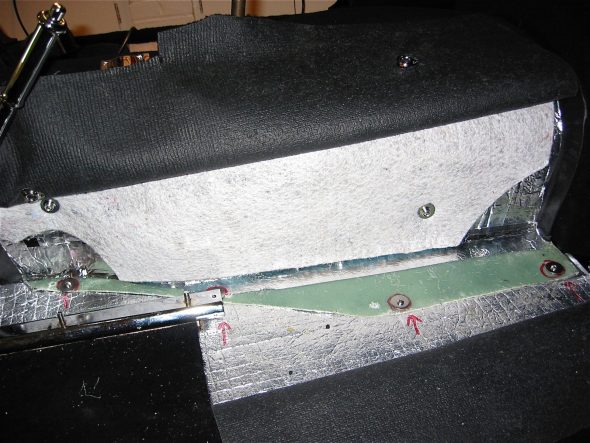 I also cut some padding to go over the end of the gearbox tunnel and I fit it with velcro. The carpet was carefully cut to fit through trial and error with the help of some chalk. Holes were drilled in the gearbox cover flange and the assembly was mounted to the car. Everything seemed to be nice and tight, although I will do some seam sealing to the underside of the assembly before completing the job. I was satisfied with the final product! 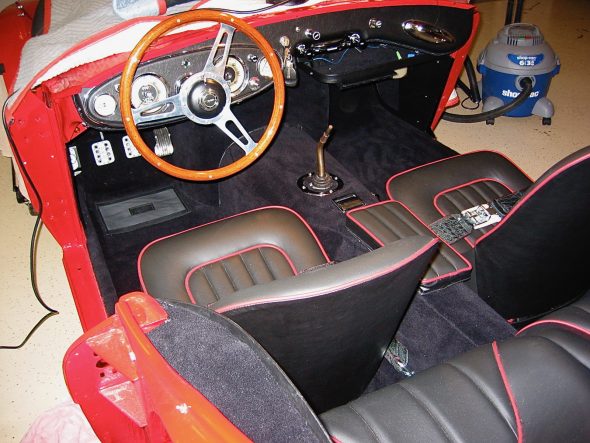 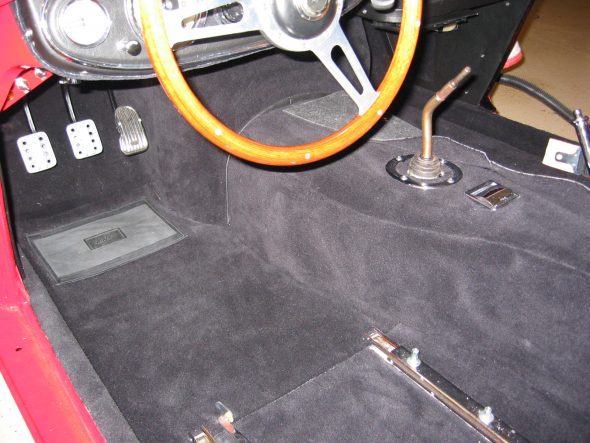