My dad read a technical article by Stu Brennan, an owner of a Sunbeam Tiger, who had converted his hand activated pump windscreen washer to an electric washer. He liked the idea because he put the electric switch in the aluminum pump canister thereby eliminating the need to install an additional switch somewhere. Since the washer in the Tiger is the same as the one in both the Big Healey and the Bugeye he decided to give it a try.

The old pump was easily disassembled by un-crimping the lip from around the plastic bottom. The metal is relatively soft, so it unfolds easily. The bottom and the old rubber bellows came right out, leaving only the plunger within the shell of the pump. 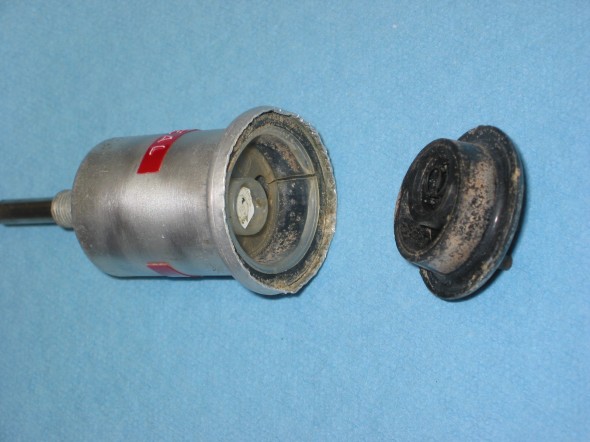 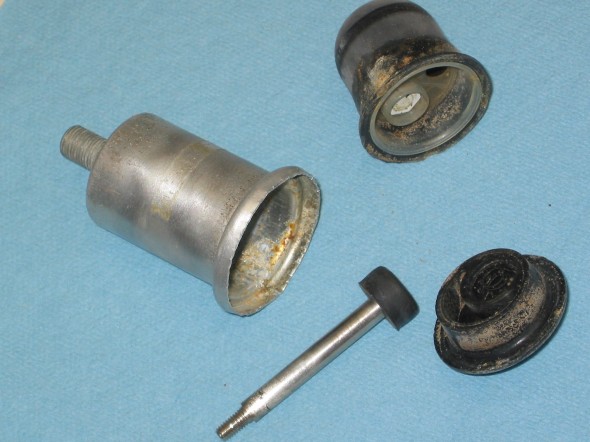 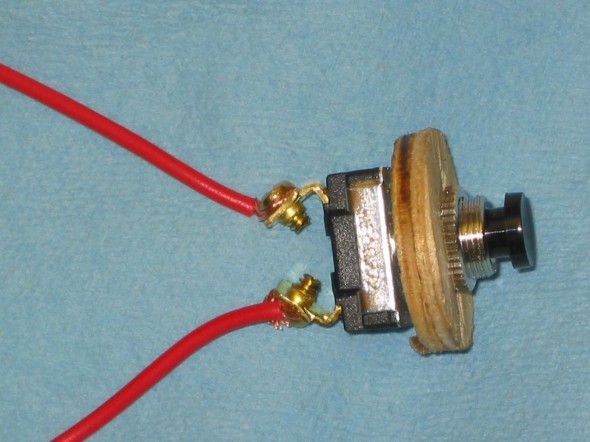 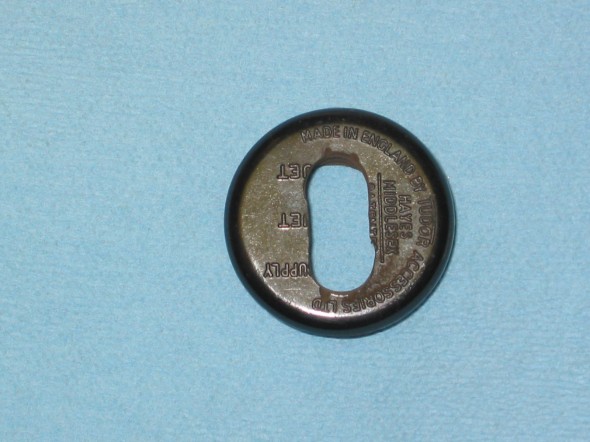 Power comes from a switched terminal on the ignition switch, and is connected to the new red wiring through an in-line fuse holder. From the other side of the switch, a new red wire carries power to the white wire on the pump. The “negative“ side – black wire –  of the pump is grounded at the mounting bracket.

The pump was secured to the left side of the firewall and the appropriate hoses were connected to the water supply tank, the pump and the two jets. 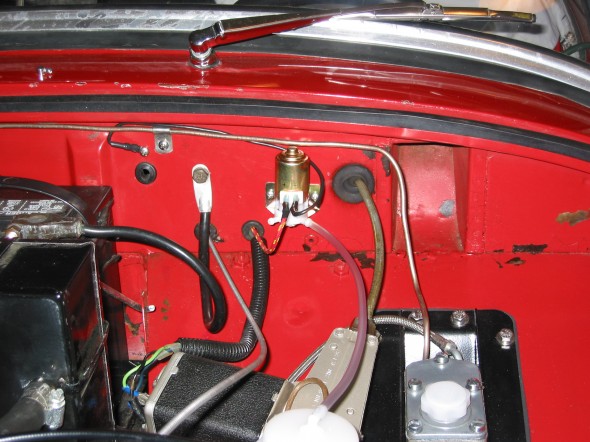 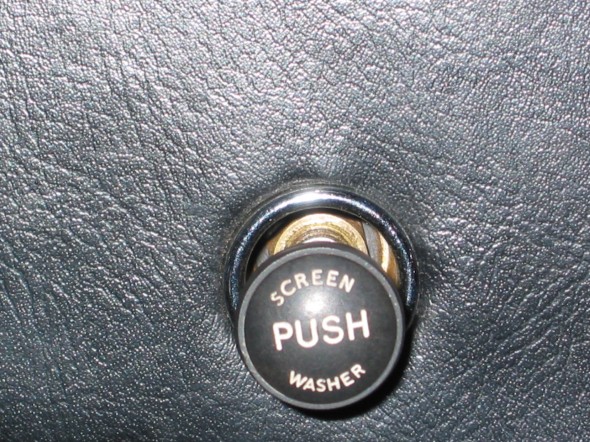 Now it is Electric!