I purchased BT7 L4422 from Ronnie Parmer in Staunton, Virginia in 1971 when I was 19. It was the first car I ever owned, and I paid $600. The engine number was 29D/RU/H5677 with body number 4504 BT7L. The Heritage Build Certificate indicates that the car was painted Colorado Red with Black coves and a red leather interior. A Factory hardtop was included with the purchase. 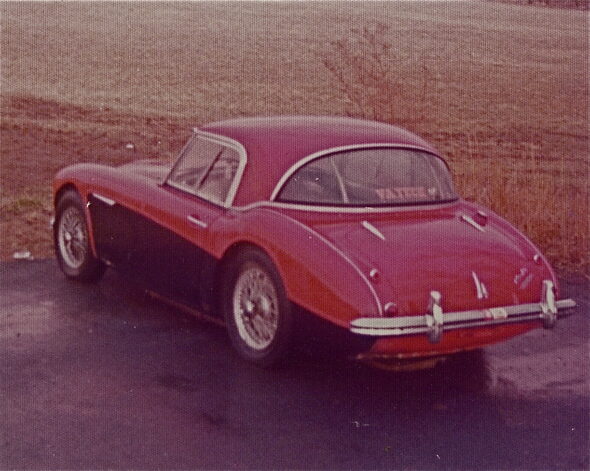 I drove the roadster while in college at Virginia Tech, but shortly after graduation in 1973 the car began a life of storage in a number of sites (barn, garage, poultry house). In December of 2001, I made the decision to undertake a total restoration of the vehicle.

In 2004, I ordered a certificate from the British Heritage Trust to document the build history of the car. Even the BHT makes mistakes, while I received the certificate with some very helpful information, it indicates that the Bloody Beast is a BN7 (two seater), although it is obviously a BT7 (four seater)! 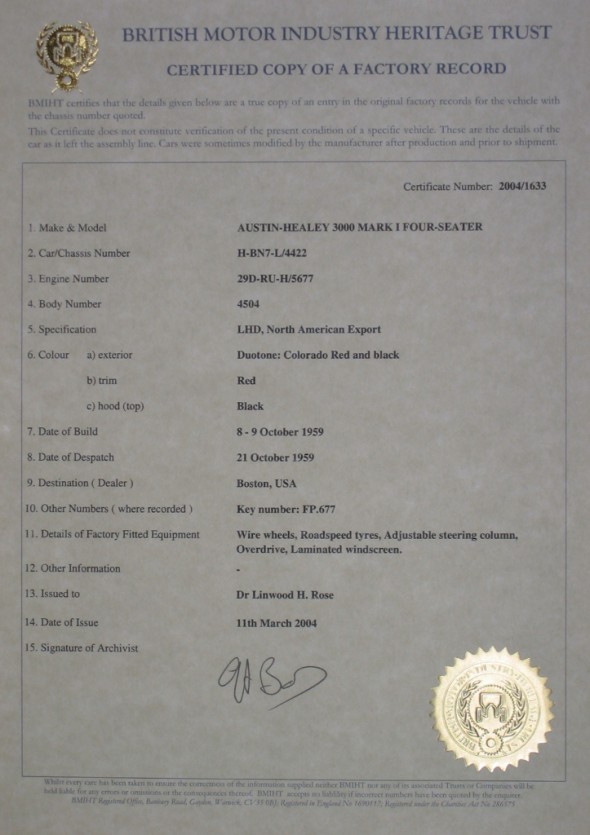