Rear Shroud –After removing all small components from the car I secured the shrouds and wings to the car to prepare it to go to Jeremy Turner for panel fitting and painting. To get the shroud and wings lined up properly, the rear shroud first needs to be riveted to the frame. There are a number of sheet metal screw holes in the superstructure and the shroud that Martin used to position the shroud, they are not needed for final installation.

In addition to the rivets, there are six #10 –32 x 1/2” flat head screws and nuts inside the top rear lip of the boot lid channel. Four of the screws attach through the two steel metal clips that provide support for the boot lid hinges. 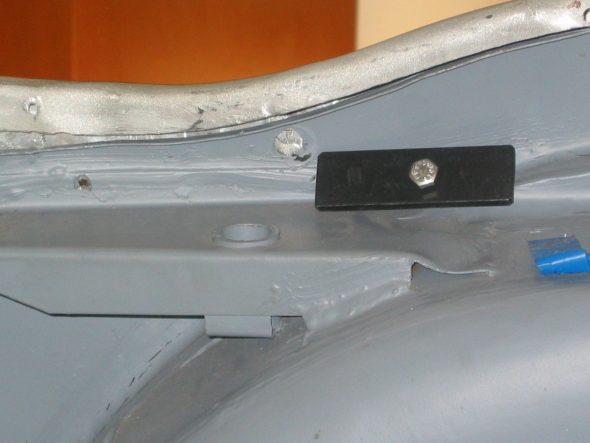 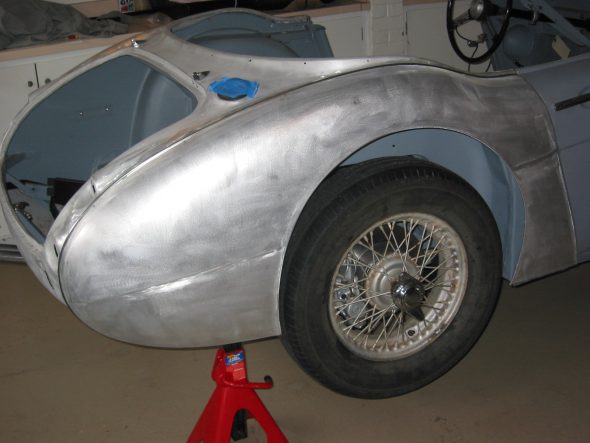 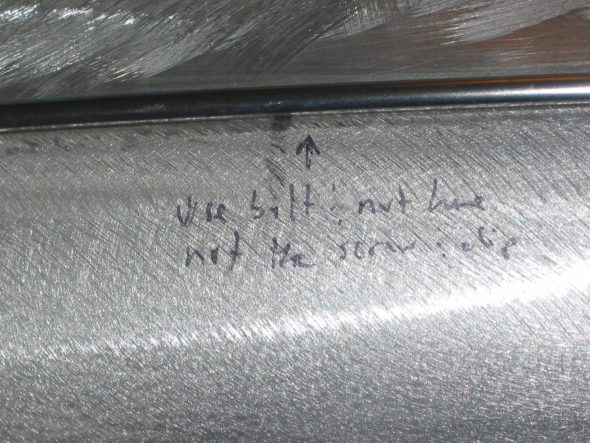 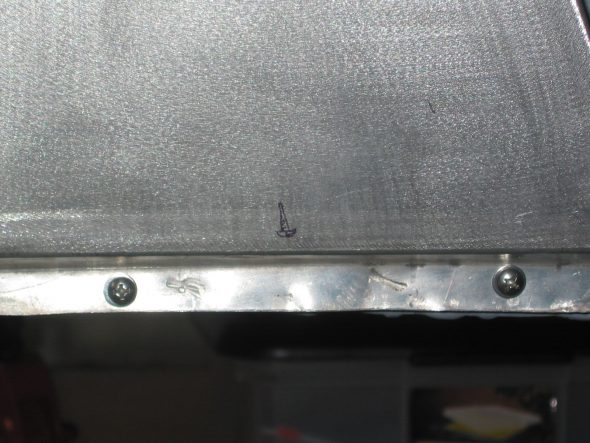 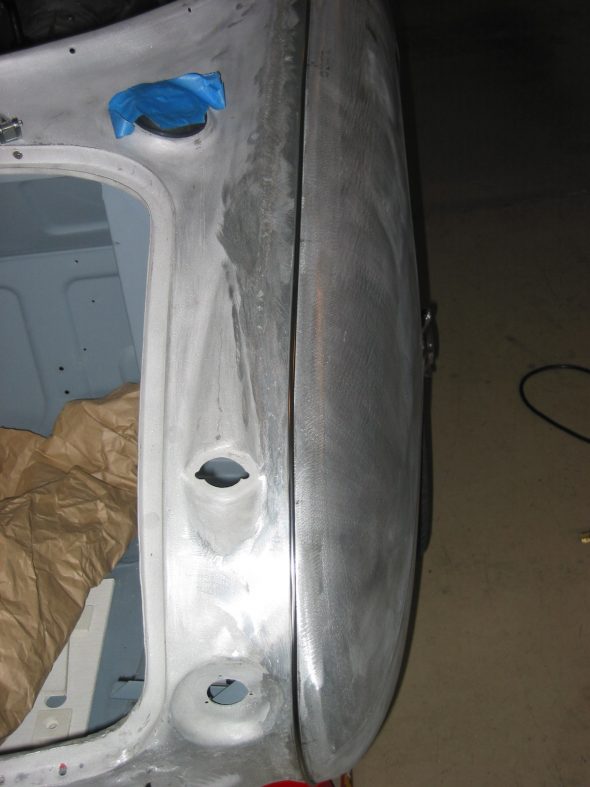 Front Shroud – Installed 3 flat head #10 x 1/2” machine screws in lip at front of the bonnet channel. Must catch the bottom frame rails on the inside first, then angle the back of the shroud up in the air – not easy to do!

Installed two flat head #10 x 1/2” machine screws on each under bonnet vertical bracket. Couldn’t fasten properly on the left side because of the misformed panel at the left front corner of the superstructure. 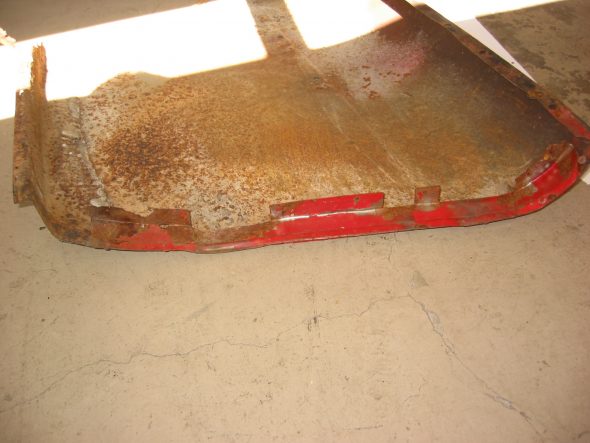 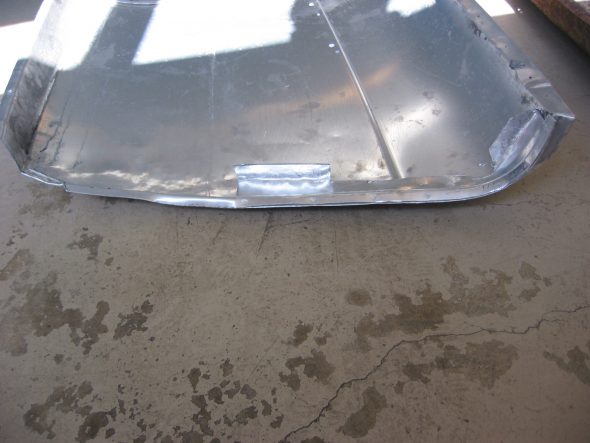 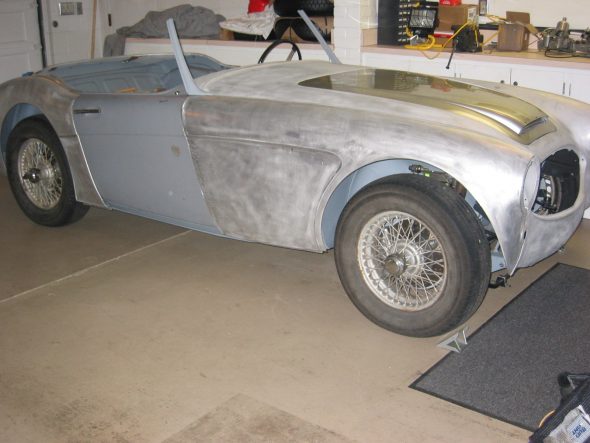 Doors – Pulled the door up and out and then tighten the hinge screws. May need to do some shimming to align correctly.

Side Curtains – I determined that It was better to purchase new side curtains rather than restoring my old ones. However, while the new frames looked quite good, I thought the old rear brackets were better formed than the new brackets. To dress them up and avoid rust in the future, I decided to chrome plate the old brackets.

I sent a number of parts to Custom Chrome Plating in Pennsylvania for plating. Some were for replating and others were items that I just decided to chrome. I am a little concerned about getting too much plating in the windscreen frame channels but it will hopefully turn out alright.

2 Side Curtain Brackets (2 pieces each) 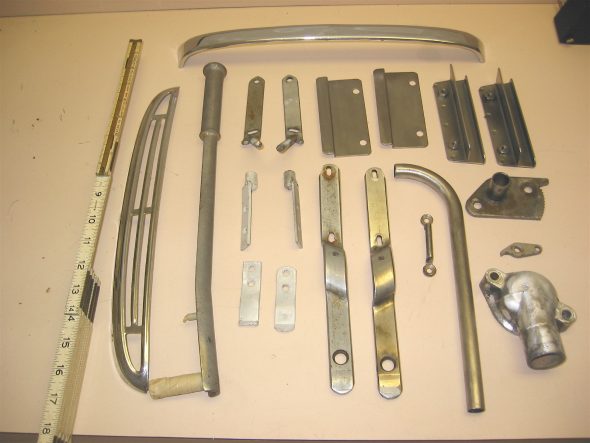 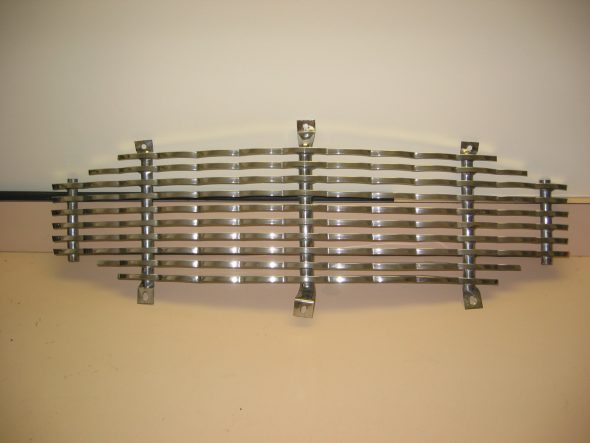 When I owned the car as a twenty year old I decided that rear speakers in the squab were more important than originality! I have decided to have the squab rebuilt by a local carpenter (He made the pieces and I put it together) before sending it to Heritage Upholstery and Trim for upholstery. 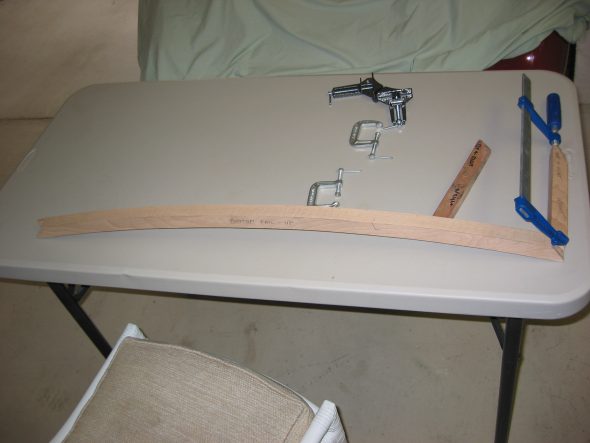 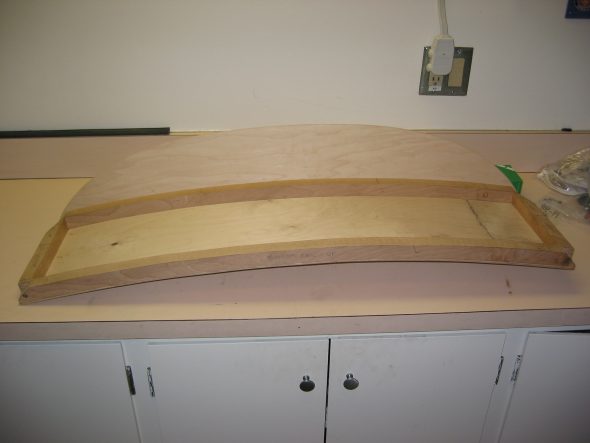 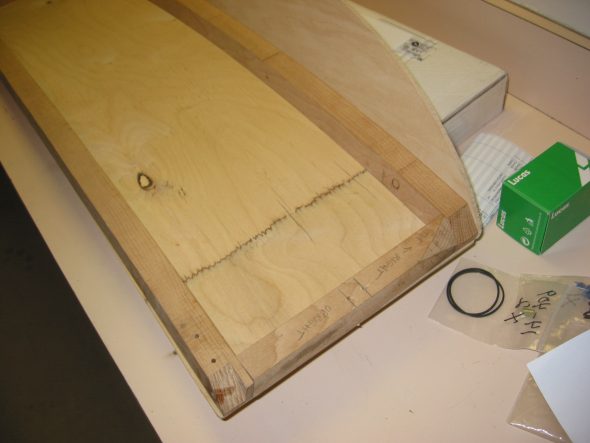 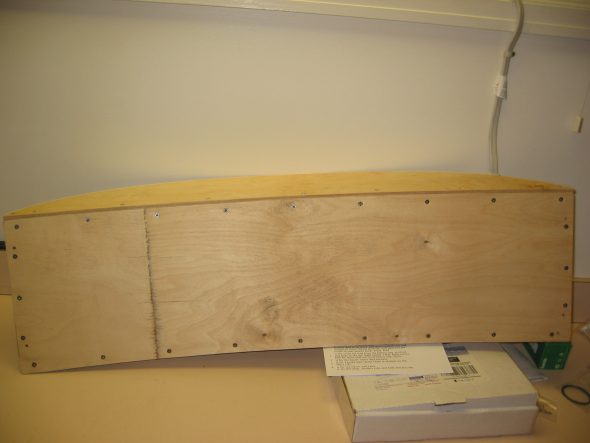 Since I am using Rally car bumpers rather than the original full bumper I need to develop a new approach to mounting the plate and the lamp. I had fabricated something myself, but then decided to modify the BJ8 bracket and mount it directly to the car. I saw another approach on Aussie Peter Jackson’s BN7 at VIR and I may still do something like his. 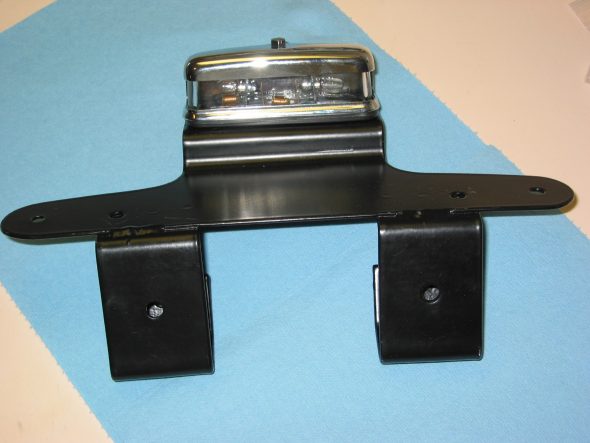 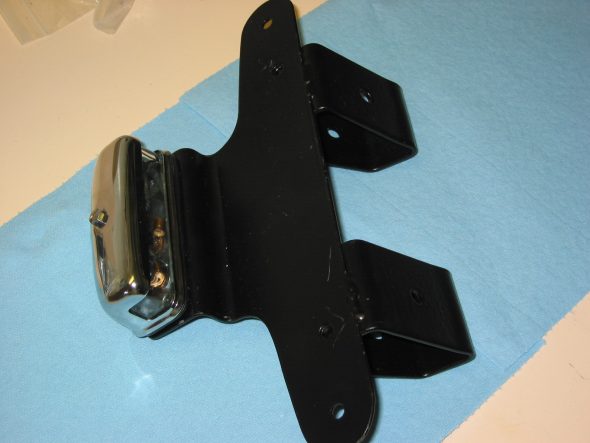 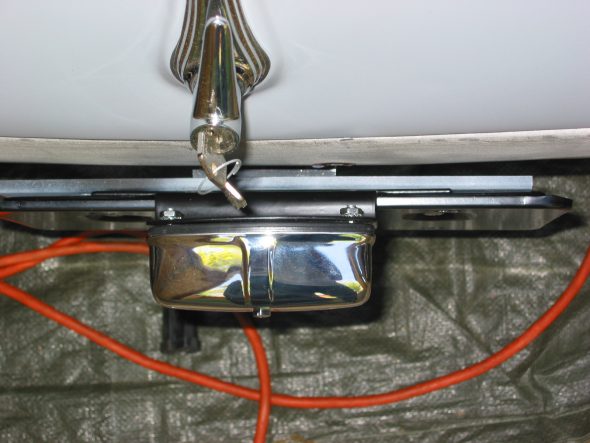 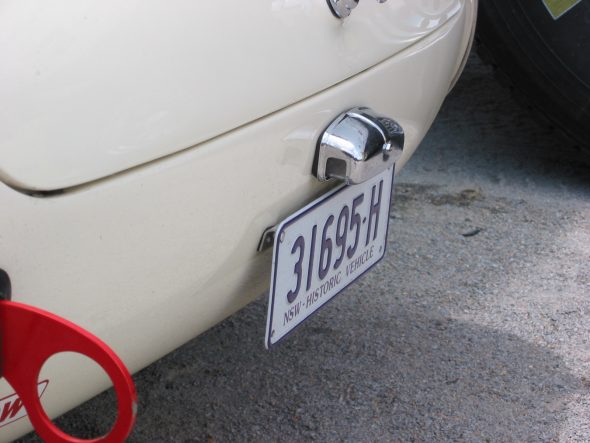 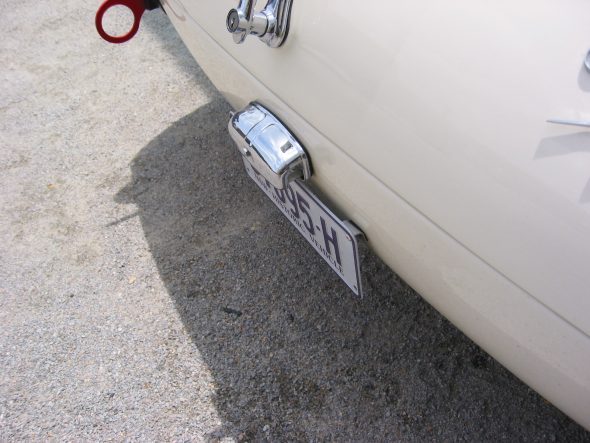 So many have complained about problems with the original master switch that I decided to replace it with a modern equivalent from Hella. I mounted it in the original switch bracket. 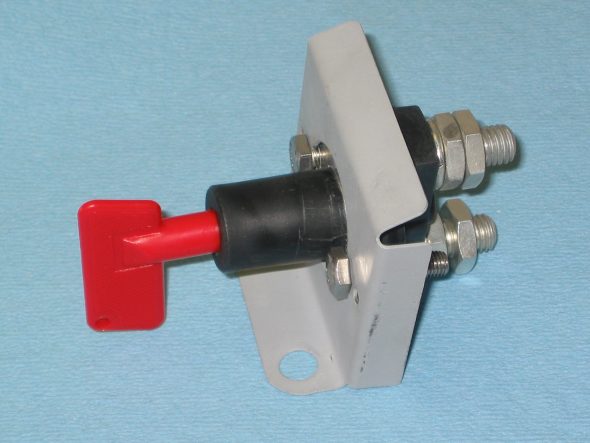 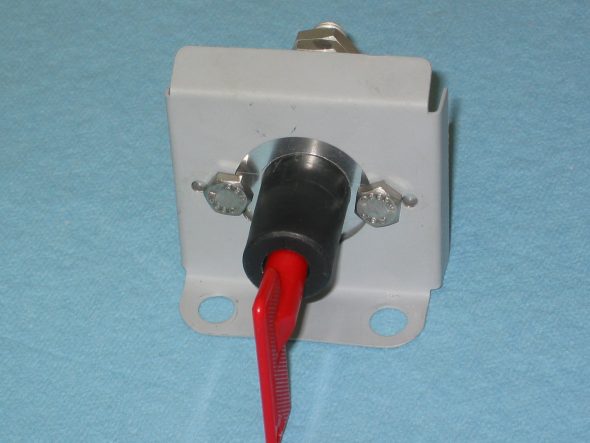