Roger, aka AUSMHLY, on the British Car Forum used a Volkswagon Jetta cup holderon his BJ8. While it doesn’t work quite as well on the BT7 because the parcel tray is mounted below and behind the dash fascia, I bought the same cup tray on eBay and mounted it to the parcel tray. I used some 3/4” aluminum bracket mounted to the tray with #10 nutserts and glued the aluminum brackets to the cup holder with JB Weld. After the initial install, I decided the looks would be improved by covering the little plastic cup holder door with the same vinyl as on the dash fascia. It will work well with 12 ounce cans and small bottles for those long hot road trips. Thanks to Roger for the tip! 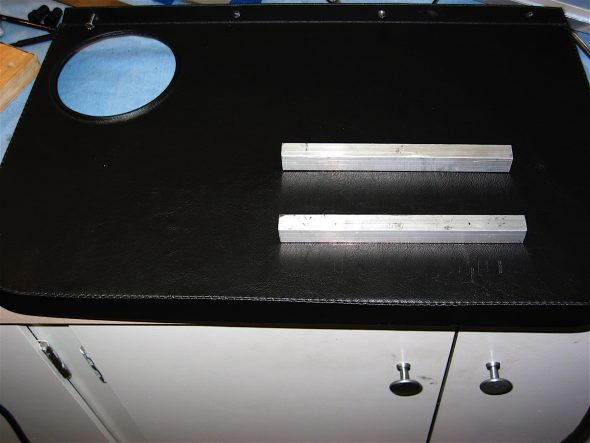 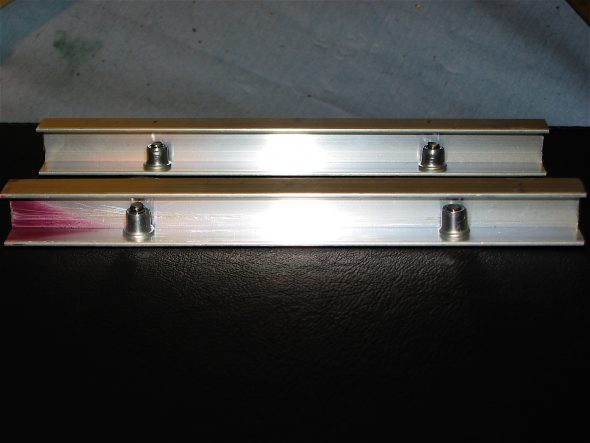 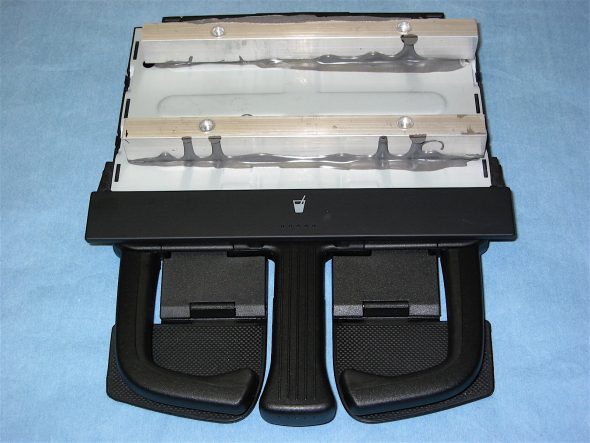 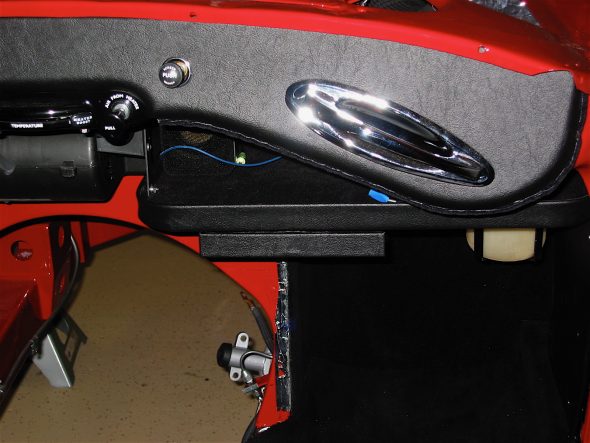 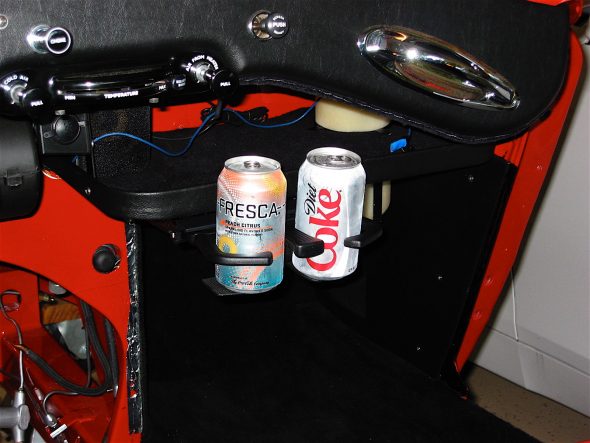 The front splash panels were next on my short list to install. Four #8 SS sheet metal screws were used for each panel. 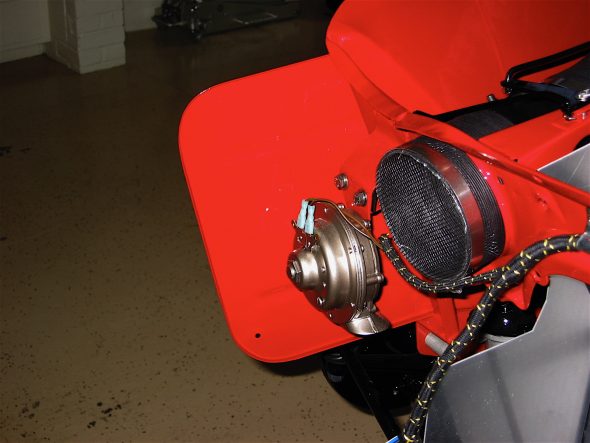 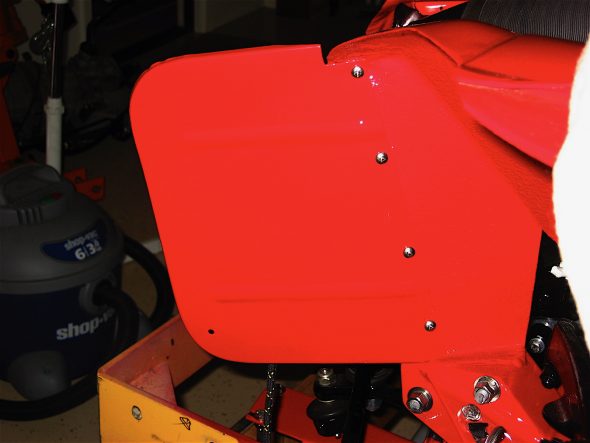 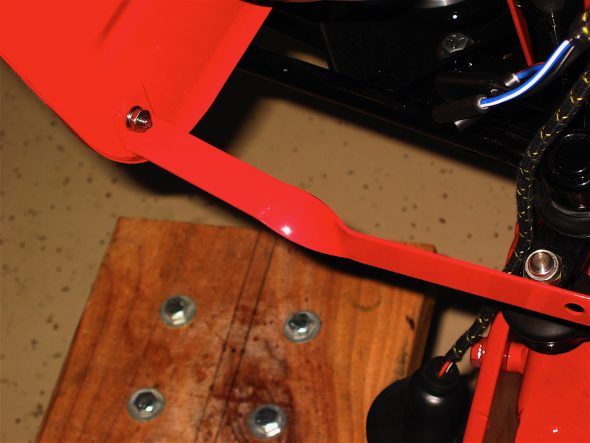 I fabricated a pair of radiator baffles to help funnel air to the radiator. Unlike the original system, these don’t permit air to escape to the sides of the radiator. I had seen the applied idea at Conclave a few years ago on Keith Pennell’s car. He graciously sent cardboard templates to me. I modified them slightly and had a local shop cut them out of aluminum for me.

I installed the Cape International aluminum radiator and the baffles for fit. I will need to pull them out before the engine goes in. When I do pull them, I will bend the “wings” of the baffles outward a bit. 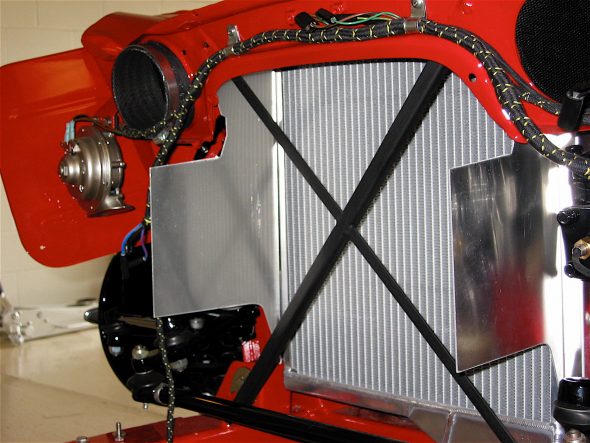 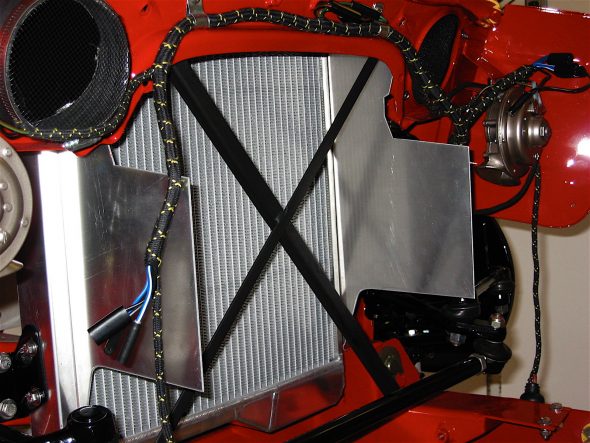 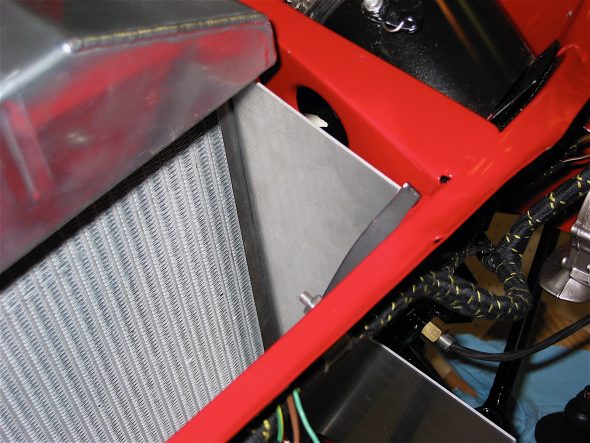 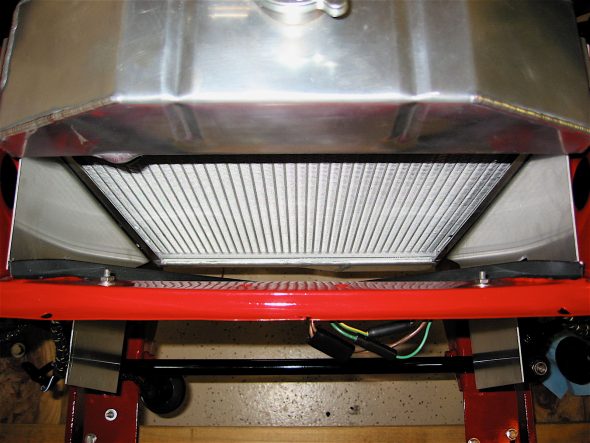 I reviewed all my remaining parts and located three items that I could put in place although they cannot be finally installed until later when I install the body panels and windscreen. The first was the steering column steady bracket and the second was the small tapped steel plate for the mounting of the front of the rear wings.  Finally, the pair of splash panel bracketsthat mount to the grill and shroud were attached. 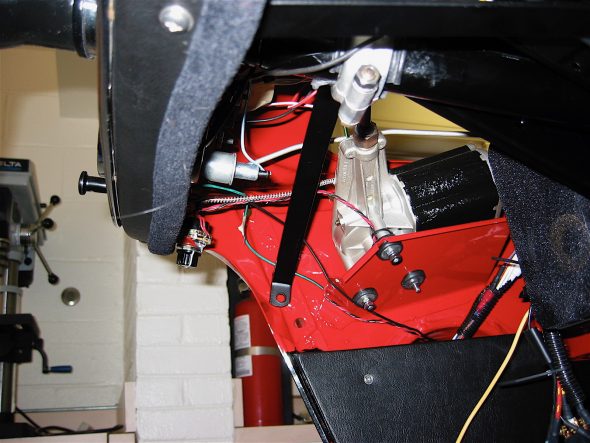 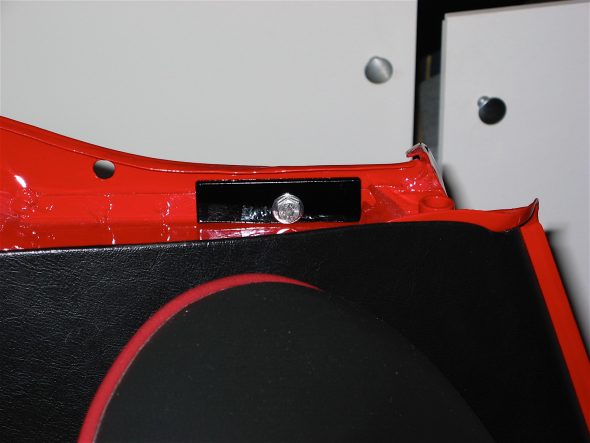 Just so I won’t forget later, I went ahead and greased the grease fittings on the front suspension/steering and the handbrake. Now I am already to go once the work on the engine is complete.