The week after we got the Bugeye home, Dad took it over the mountain from Harrisonburg to Grand Touring Classics in Stanardsville, VA. An unlikely place for a British car shop, but they seemed to know Healeys and were in the process of restoring a Bugeye. Garland Gentry ran the shop and was willing to give the Sprite a good going over to make sure it was safe to operate. Engine compression was good but it was in need of some minor mechanical work. Dad asked Garland to prepare an insurance appraisal of the car and it is found below: 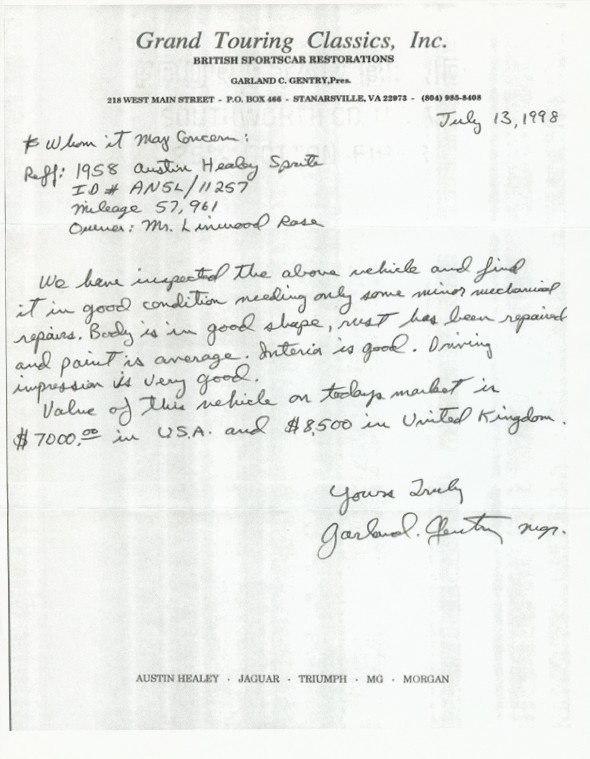 We had read that converting the drum brakes on the front of 948 Bugeye to disc brakes from a later Sprite or MG Midget was pretty straight foward. Dad didn’t have the time to make the conversion so he had Garland go ahead and get the parts and install the upgrade. As things turned out, the brakes worked a little too well. Garland had forgotten to remove the check valve from the master cylinder and consequently the rear brakes kept locking up and overheating. After making some calls and emailing some sprite owners, Dad figured out the problem and took care of it. Brakes were much improved but still not as good as hoped. We would later find out that the 1098 Sprite with disc brakes used a 3/4” bore master rather than the 7/8” found in the earlier bugeye.

So the disc brake conversion became the first of many “improvements” to the Bugeye that we would make. We knew after driving the Sprite on the Washington Beltway with the big trucks passing us, that conversion to a 1275 motor and a Datsun B210 gearbox wouldn’t be far behind.

Dad contacted Rivergate Restoration about purchasing their conversion kit to the Datsun transmission. After talking to Bill Perry it was decided that a rebuilt 1275 and a rebuilt Datsun B210 gearbox would be purchased as an assembled unit. The Rivergate folks are great to work with.Their contact information is below:
Rivergate Restoration Products
340 Reavley Road Sale Creek, TN 37373
423-332-2030 (Fax: 332-6914)

If one was sourcing a gearbox, the following guidance is provided by Rivergate:

The serial number on top of the bellhousing should begin with the letter “F” (FL, FA, FX etc. OK).

The number “60” is cast into the right side of the main case.  These transmissions come from the Datsun 210, but the model number for these cars, imbedded in the Serial Number, is B310.

When the transmission is bought, the gearshift lever, throwout bearing carrier and clutch release fork are needed.

This is the most complete, easiest to install kit ever made for the Spridget. It requires no modification to the engine, the flywheel, the driveshaft, or to the chassis or body of your Sprite or Midget. 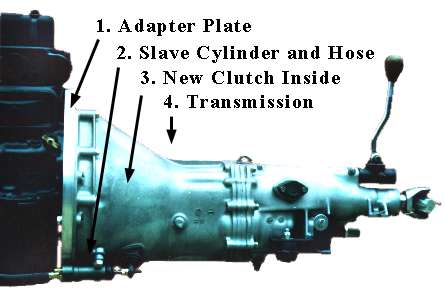 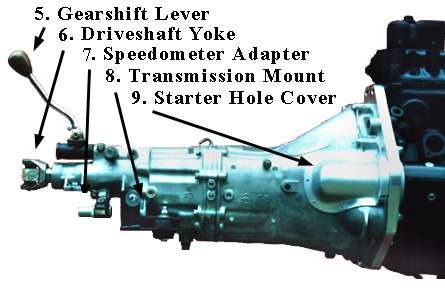 2.Clutch Slave Cylinder and Hose: You may use the original slave cylinder presently on your Spridget or the billet aluminum cylinder with stainless steel braid covered Teflon hose we offer.

5. Gearshift Lever:  Shorten it to match length of stock lever.  Will use either 5 speed knob or stock Spridget knob.

A Rear Crankshaft Seal System was installed in the 1275 motor we purchased. Rivergate had developed a rear crankshaft seal for Sprites & Midgets. The seal system uses a spring backed neoprene seal, and is incorporated into the aluminum transmission conversion adapter plate. It applies to 948, 1098 and 1275cc engines. No engine teardown nor modification is required for installation, but the engine must be out of the car. It is designed to stop oil leaks at the rear of the engine whether they are from around the crankshaft itself, or if the leak is thru the machined surface between the block and the rear main bearing cap.

The crankshaft seal arrangement is furnished with a tube of special aluminum sealant. In addition to use with the seal, it is large enough to use to seal the adapter to the back of the engine block and the oil pump cover into the adapter plate.

The crankshaft seal requires a specially machined 5 speed conversion kit adapter plate. The plate is furnished as part of the conversion kit. In addition, Rivergate can re-machine any of our adapter plates built since February of 1996 to accept the seal kit. See the price list for information.

Also available is the service of machining the standard Rivergate adapter plate to allow for installation of the Bolt-on rear crankshaft seal available from several of the Spridget and Mini Vendors. 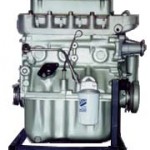 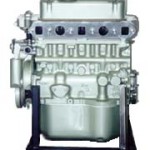 The following specifications describe the rebuilt engine purchased from Bill Perry at Rivergate.

New Pressure Plate – should be purchased if balance option is chosen, so it can be balanced with all other rotating parts $69.00

Camshaft – Scatter Pattern SPVP3 or SPVP4, your choice, (others available) $90.00

Shipped in custom crate which must be promptly returned.

If engine is purchased along with a five-speed overdrive conversion kit, the engine will be assembled with the aluminum adapter plate rather than the stock iron rear plate.