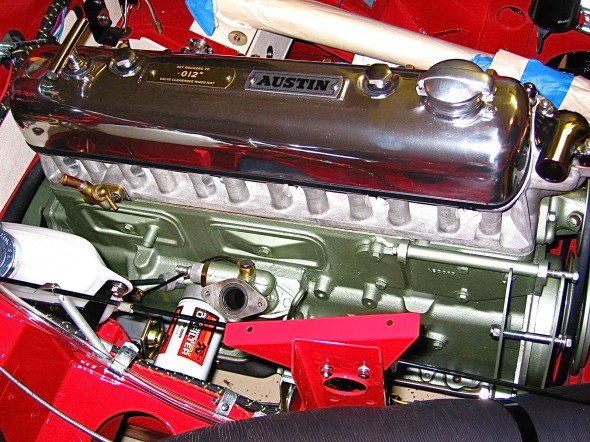 Modifications affecting the engine may also be found under the categories of “ignition,”  “fuel” and “electrical,” but the following items represent the enhancements made to the stock motor:

Oil filter adapters permitting the use of a contemporary oil filter are available from a number of sources. I purchased mine from Healey aficionado Don Lenschow who, unfortunately, is now deceased. Don fabricated the adapter himself. Instructions for the installation of the adapter are found here:  Oil Filter Adapter. I chose to use a K&N filter #HP2009 with the adapter. 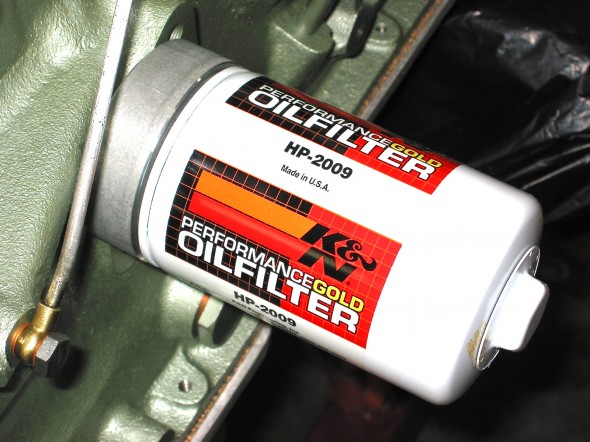 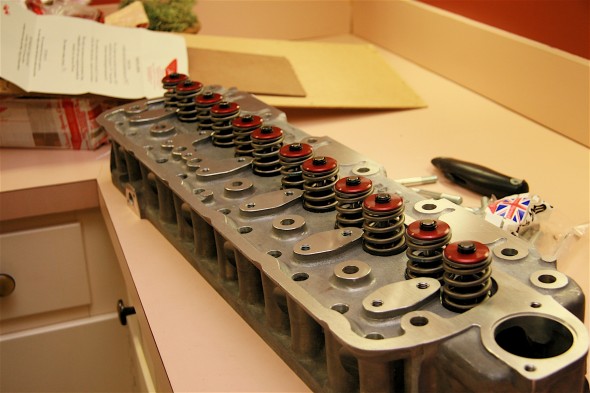 After shopping around for a rocker cover to dress up the engine, I concluded that the cast aluminum cover offered by CapeSport International was the best choice. Creating a positive seal to the cylinder head has been a challenge. The Cape makes a rubber seal designed to be used with the cover, but even that one has been difficult. The polished cover does look very nice and with the aston type oil filler cap it does look like one of the early racing cars. 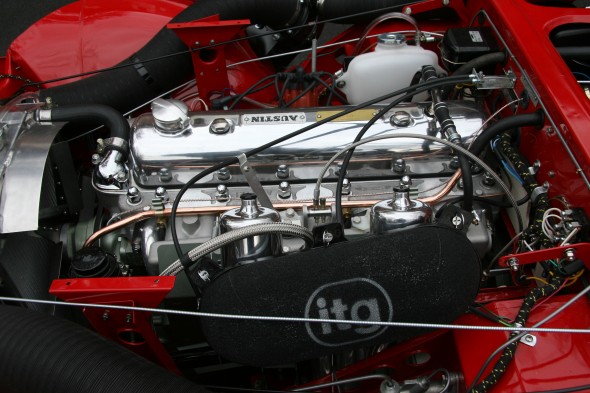 For strength and durability, I knew that I would switch to an aluminum oil sump, but finding the right one took some shopping around. After consulting with others on the Healey email list I decided on the sump offered by British Parts Northwest. Other pans required shortening of the oil pump filler pipe, but the BPN pan fit without modification. 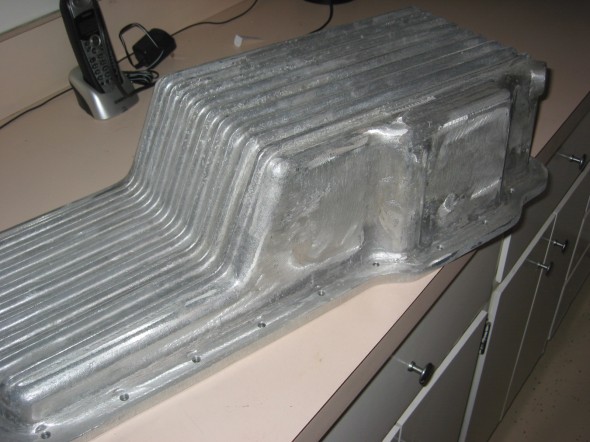 All original Healeys leak oil from the rear main. Several manufacturers provide a seal kit to help solve the problem. Installation does require modification of the engine backplate. I decided on the Denis Welch kit and installed it while the engine was out of the car during rebuild. 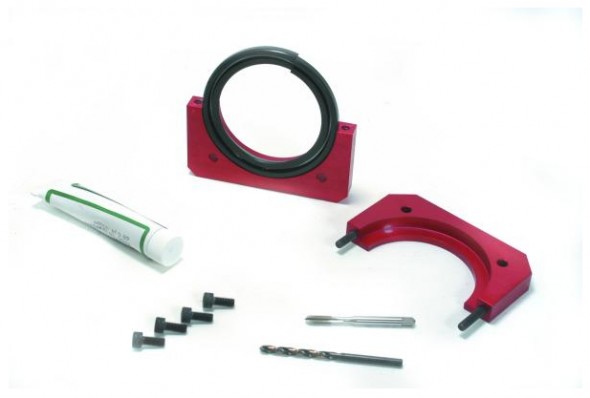 The original engine provided a vent hose from the block and the rocker cover to the rear carburetor air cleaner to assist breathing. With my air cleaner set up I do not have an inlet to the air cleaner to provide ventilation. I installed a PCV valve to address this issue and vented it to the inlet manifold for vacuum. The kit was available from British Car Specialists. The image below shows the installed valve and piping. 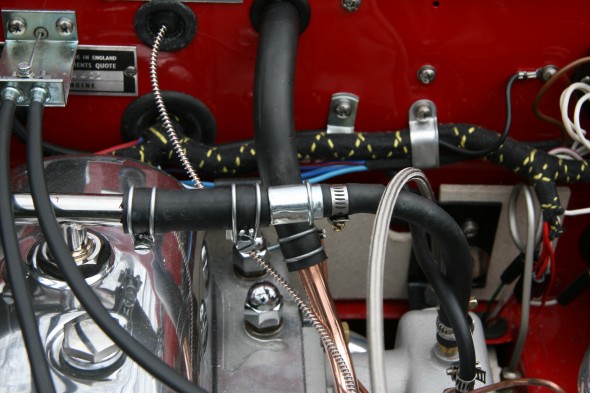 I sent my original camshaft to Delta Camshafts for a regrind to BJ8 specs and was pleased with the work.