Dad and I attended Rick Mose’s fourth five year anniversary event for the Sprite. He says that the 2008 event, the Sprite’s 50th anniversary, will be his last. The Spree was held at the Holiday Inn in Grantville, right off I-81. The Spree was attended by John Sprinzel, famous Sprite rallyist and racer, Daniel Stapleton, noted author of the book about modifying Sprites and Midgets for performance, and several Aussies who flew over including Mike Gigante. 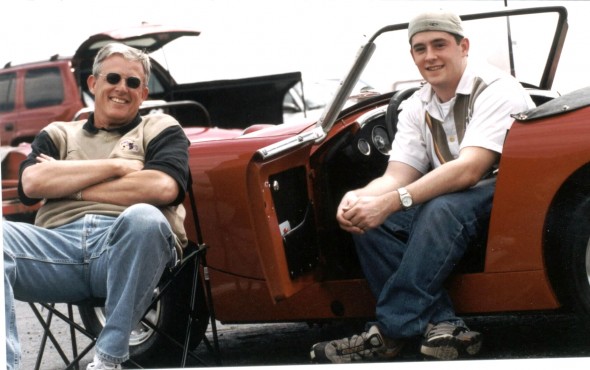 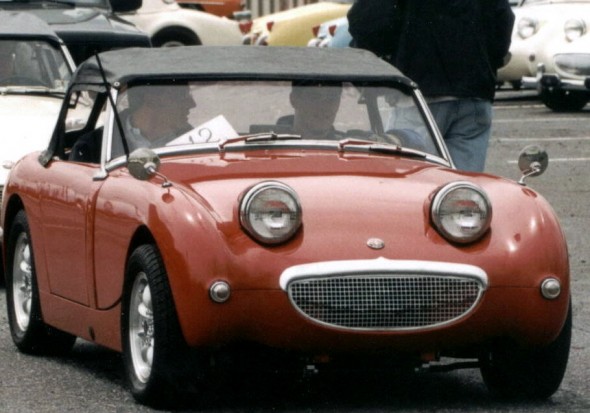 Our first events on Tuesday afternoon were the Rally School followed by a three hour rally through the Pennsylvania countryside in the rain. With no working wipers!! Great fun- we found almost everything that we were supposed to find.

Wednesday was the Autocross school followed by the autocross at the Penn National Horse Race facility parking lot. It proved to be a great venue. On the first run through, I had the second best time, behind only Frank Clarici in his Speedwell Sprite by one second. Everyone got three runs. My best time was 1:13 – fourth best, but I clipped one cone for a two second penalty. The error knocked me from fourth to seventh. Still a great effort for only my first autocross! I was up against some highly modified racing sprites. 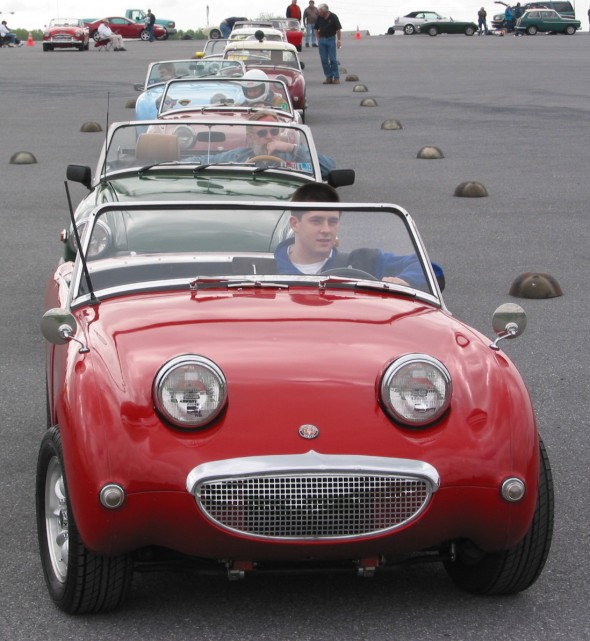 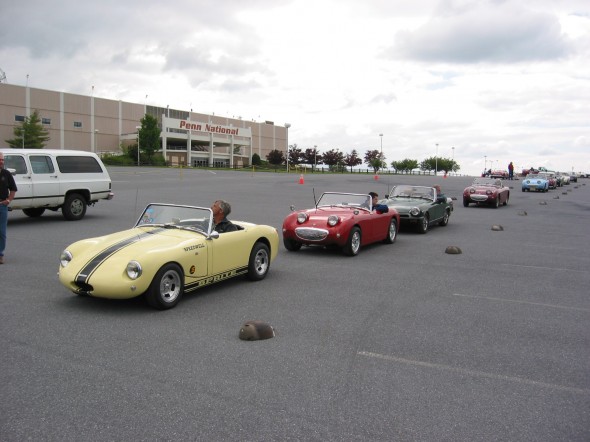 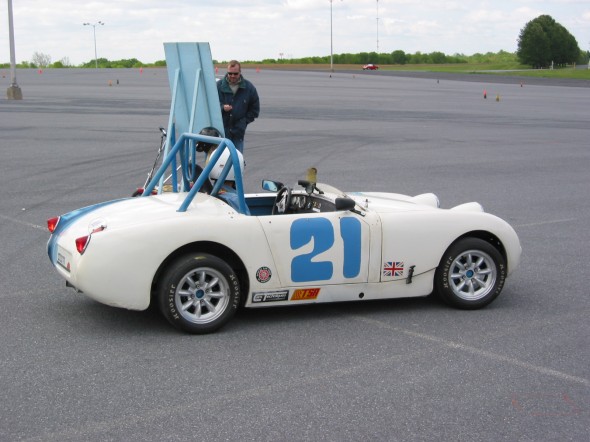 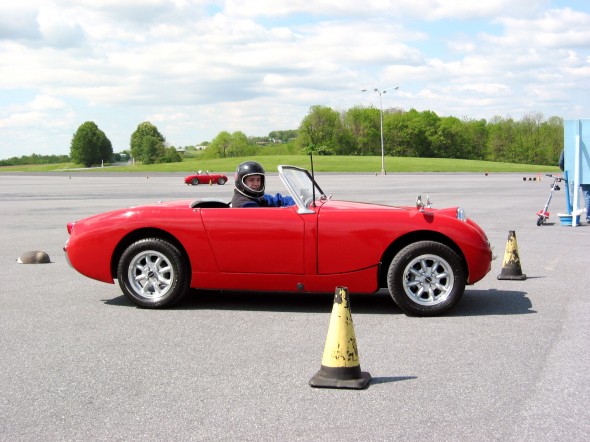 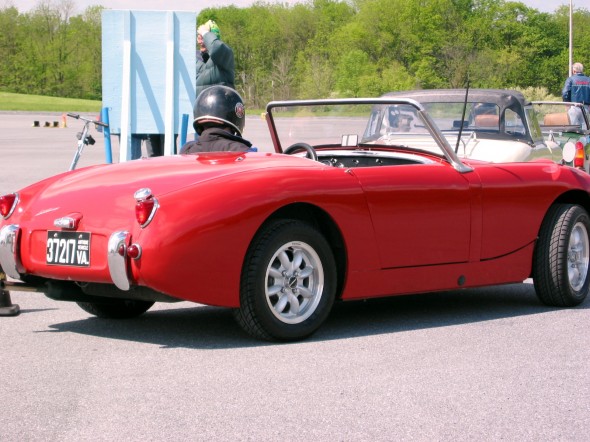 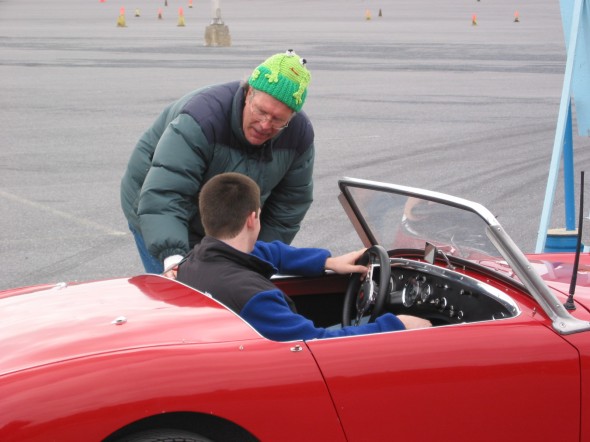 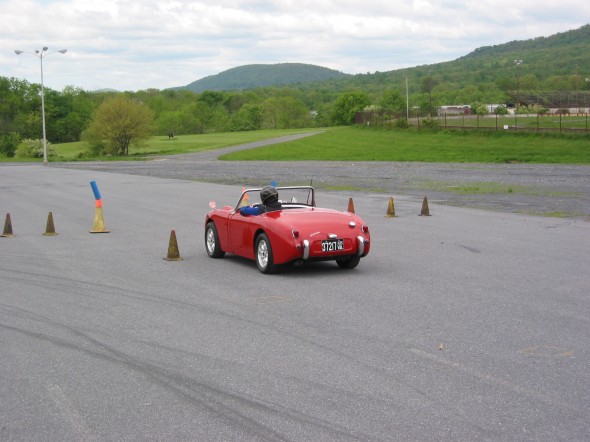 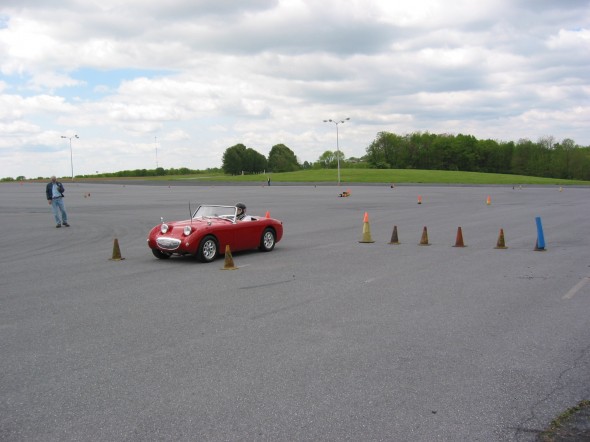 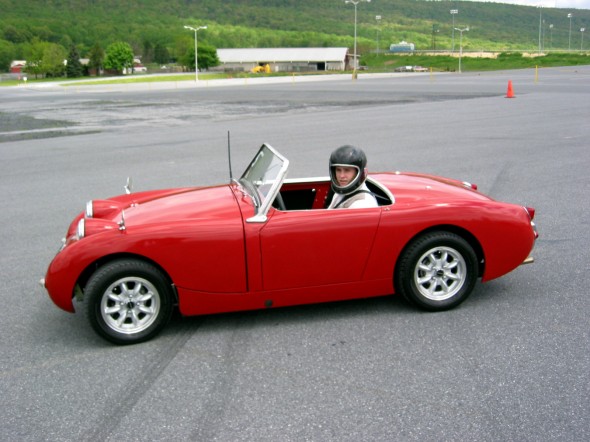 I am Helmeted & Ready to Go!

On Thursday, I participated in the Funkhana and placed second overall for a ribbon and basket of Hershey candy! Then return to the Penn national for the panoramic group photo of approximately 40 sprites, a midget or two, one big Healey owned by Gary and Edie Anderson, and Clarici’s A40. Following the group photo it was back to the Hotel parking lot for the Popular Show.

The Thursday night closing banquet at the Holiday Inn was wonderful fun. Frank Clarici’s Bugeye nose for a lecturn and three Sprites in the dining room certainly set the ambiance. Following special recognitions and dinner a fun Chinese Auction was held to raise money for the Sprite Cause. Rick Moses and his family did an unbelievable job in organizing everything, to the benefit of all attendees. Best of all Dad and I had a super three days together! 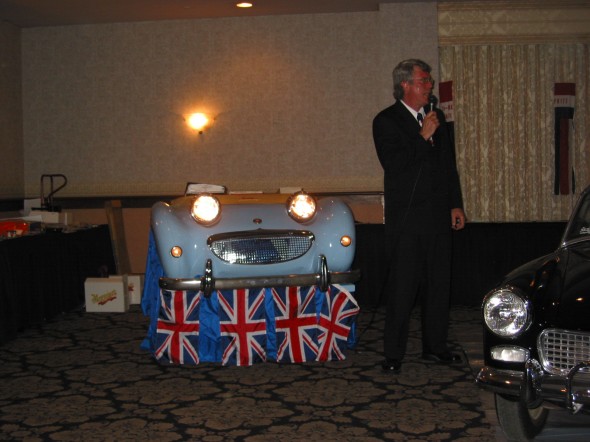 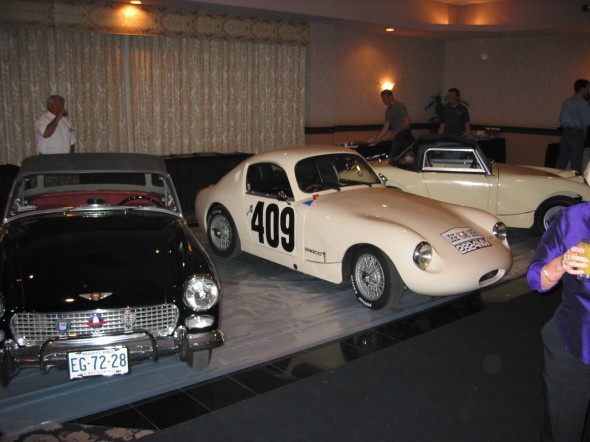 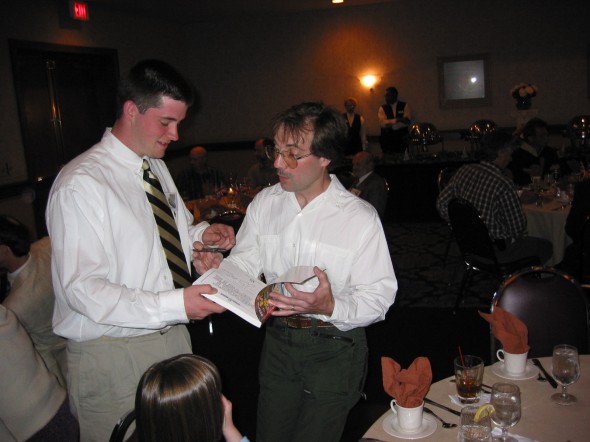 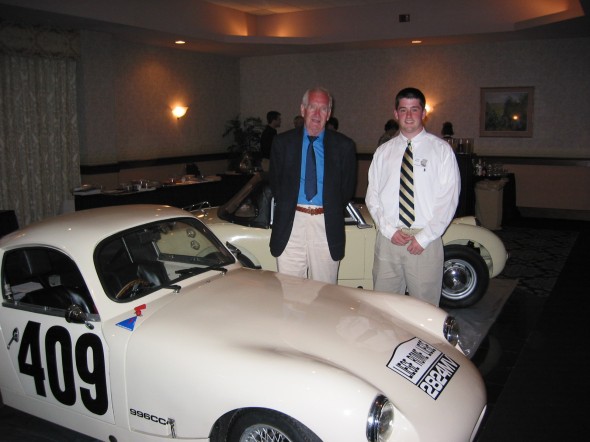