The original electrical system on them MK2 was protected by two fuses. The fuse block was located on the control box bracket assembly mounted on the LH engine bay valance. The voltage regulator and the horn relay were also located inside the control box. The bracket assembly had a metal cover secured by a thumb screw that protected the electrical connections to the relay and fuse block. 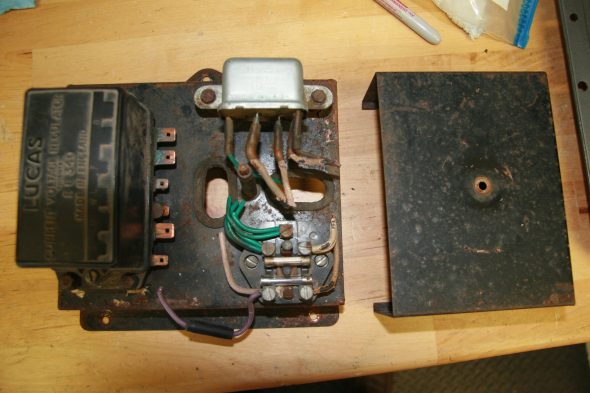 As explained in other electrical system entries to this website, I am using the Classic Technologies fuse/relay panel that provides for 15 fused circuits with 34 pin connectors, 7 relays including horn, ignition power, fog lights, high beams and low beams headlights, starter and accessory power and 2 flashers for the turn signals and hazard lights. The Classic technologies Fuse Box is located under the dash fascia on the RH side of the interior. 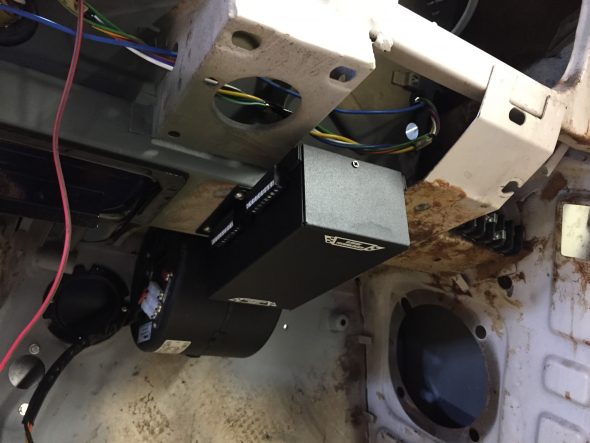 In my revised wiring system I used the bracket assembly as a cover for three barrier blocks used for wiring runs to the front of the car. I know the terminals and wiring appear a hodgepodge but it was necessary to configure them in this fashion to hide them all under the bracket assembly! 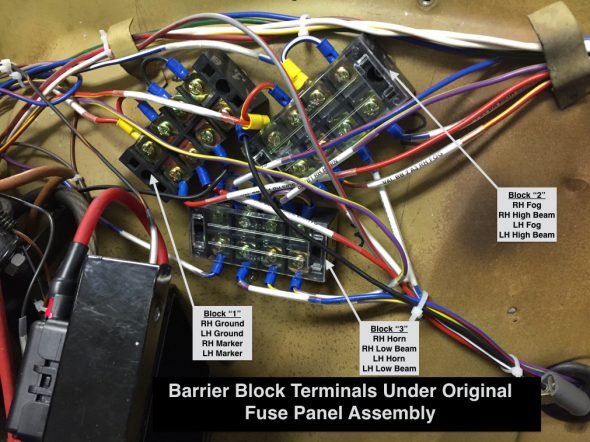 The top of the bracket assembly was then used to mount a number of other electrical connections: 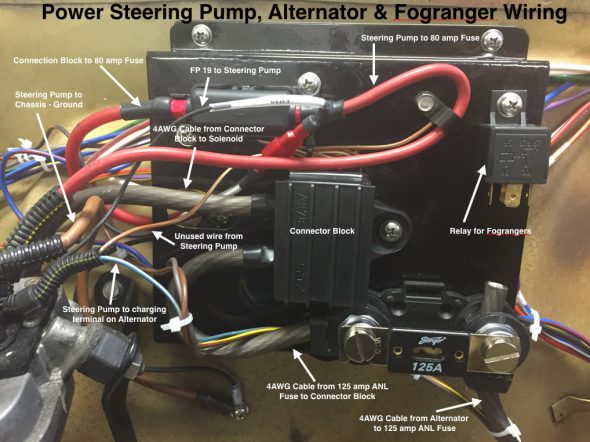 The original control box cover would no longer cover, nor fit, the bracket assembly. I turned to Brandon Tyree, welder/fabricator at Gassman Automotive http://www.gassmanautomotive.com to fabricate a new electrical connections box cover. The images below show the cover. In final form it will be painted gloss black to match the heater box. The box is mounted to the valance with two 10-24 x 1/2″ machine screws and the original thumb screw slightly repurposed. Four slots were designed into the face of the box to permit heat to escape. The box sits very close to the exhaust manifolds and I did not want it to collect the heat. 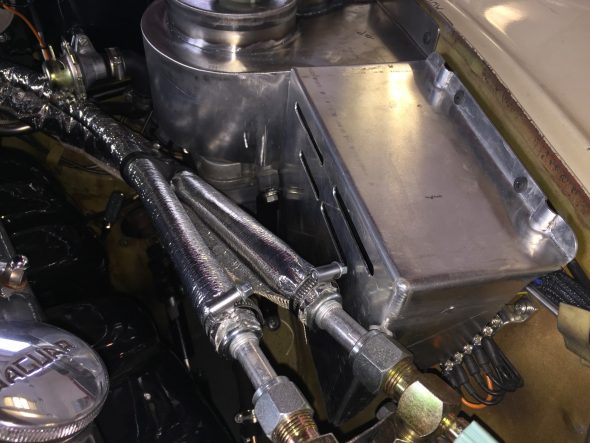 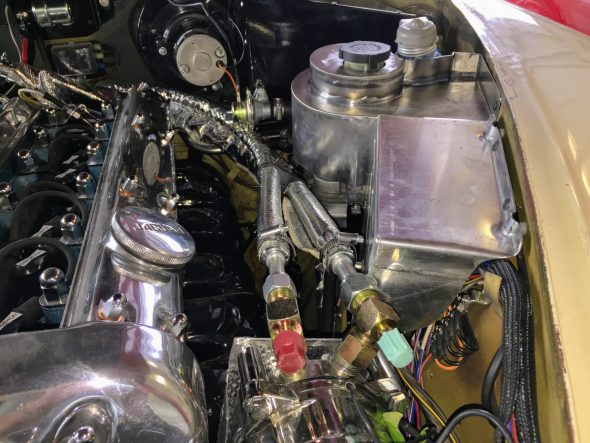 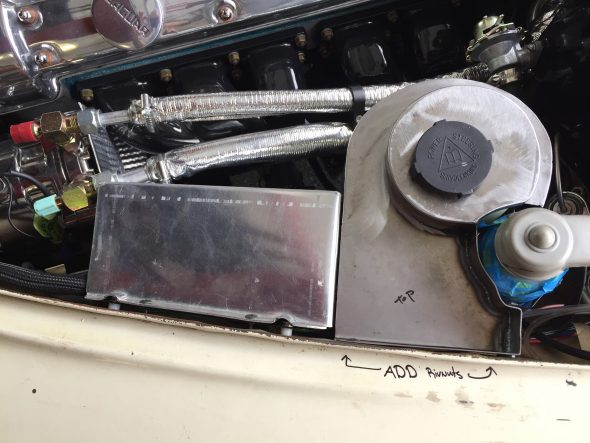 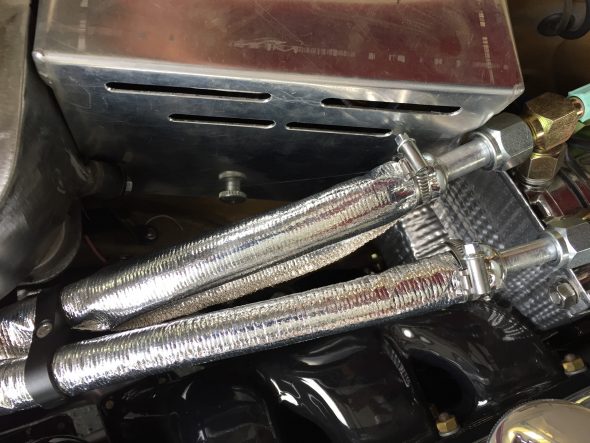