This project actually began back in November and took me till Spring to complete! I was inspired by Doug Escriva’s beautiful engine bay on his even more beautiful Healey racer: 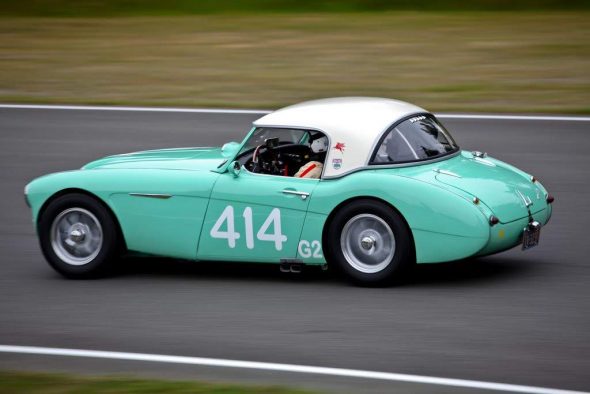 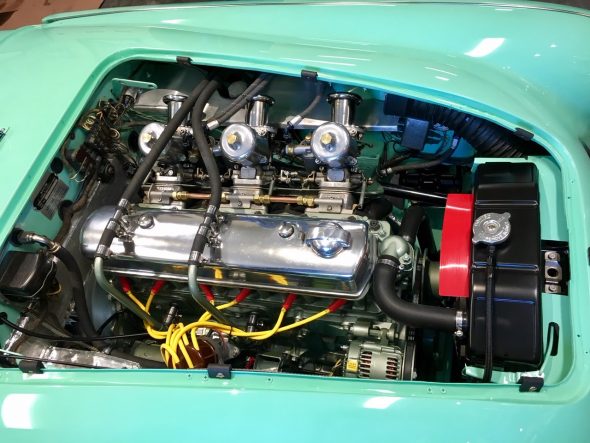 I especially liked Doug’s fuel delivery system to the carbs. Of course, Doug’s car is a tri-carb while mine has only two HD8 SUs. I was never fond of the original fuel delivery design in which the fuel hose fed to the front carb banjo with a second feed off that banjo to the rear carb via a 2″ piece of hose. I also liked the idea of getting rid of the required fuel hose screw clamps and changing to AN fittings. Finally, I am a sucker for the look of the air horns on the SUs. Since I live in Florida where it is sandy, I will use some socks over the horns for normal driving to protect the intake ingesting some unwanted silica. While these modifications appeared easy to accomplish, as it turned out it was quite a chore to find the necessary fittings. Hence the long elapsed time from concept to completion.

Before getting into the components required for the new system, I also need to mention that my Healey friend, Randy Forbes, who is now geographically close since we have relocated to Florida, was also a big help in making some modifications to the components. 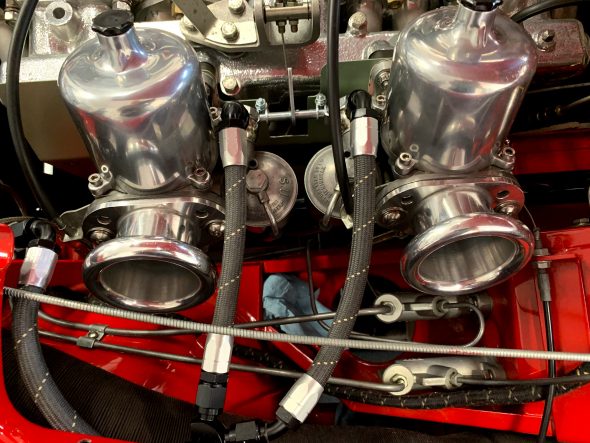 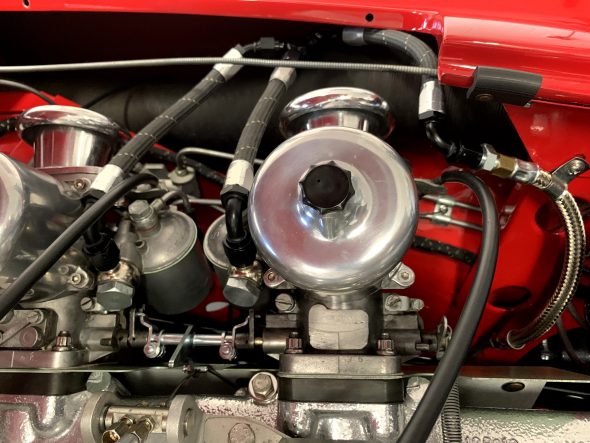 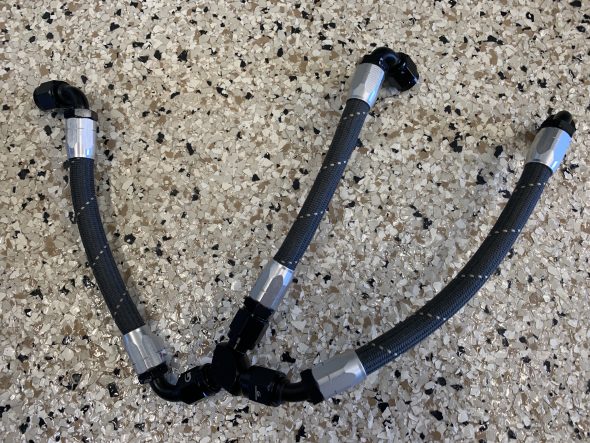 I replaced the original brass banjos on each carb with Steel 16mm M16 5/8″ 6AN Banjo Adapters with short necks, part #C1116-0062. These were difficult to find but I ultimately located them on EBay. The seller’s name was smartturboisme. 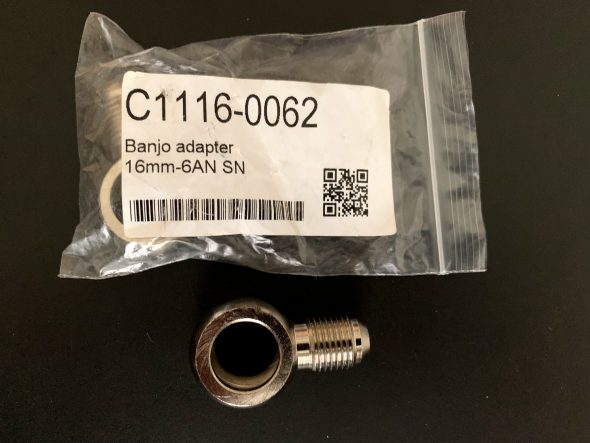 These were slightly wider than the original brass banjos requiring new banjo bolts. These were also difficult to source. I eventually located these 3/8″ BSP banjo bolts from AgriStore USA. They were 1 1/2″ long with four fuel flow holes. They were slightly too long to fit snuggly in the SU float bowl caps so Randy Forbes cut them down slightly. While the threaded portion of the bolts fit through the new banjos, the grip portion of the bolts would not so Randy also took a few thousands off the grips. 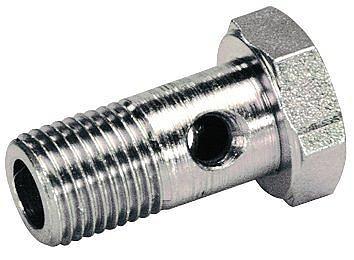 I purchased Viton sealing washers for the banjos and the bolts. These were sold by Hydraulic Fittings, part #9500-06V Bonded Seal, 3/8″BSPP (Viton). 2 were required for each carburetor. 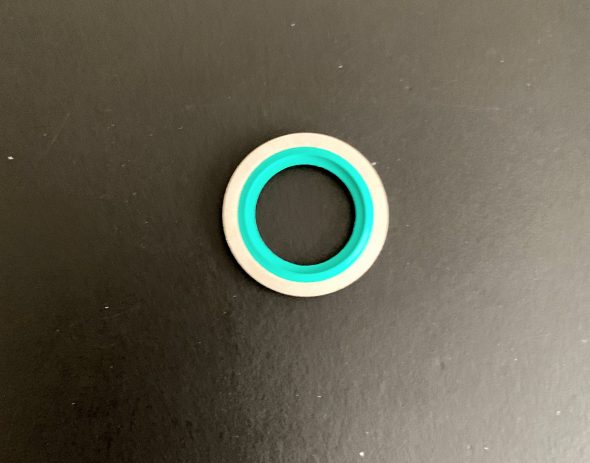 I installed a new, as original, petroflex fuel line which connects to the fuel hard line running from the fuel pump to the engine bay. This hose is part #FUL062 from Healey Surgeons. A 90 degree 811 Aluminum hose end #3481-06 was then screwed into to the upper end of the petroflex fuel line. The hose ends were sourced from Pegasus Auto Racing Supplies

A short piece of racing fuel hose, 910 PTFE Lined Aramid Braided Lightweight -6 from Pegasus was used to connect the 90 degree fitting from the petroflex hose to a straight fitting which then screwed into a “Y” fuel block. 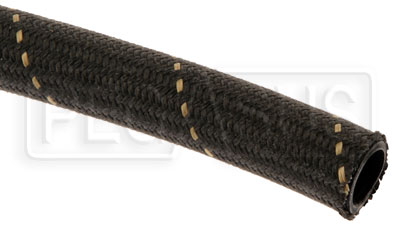 The fuel block has a single inlet and two outlets, all 6AN. The fuel block was made by Russell and sourced from Jegs part #799-650430. 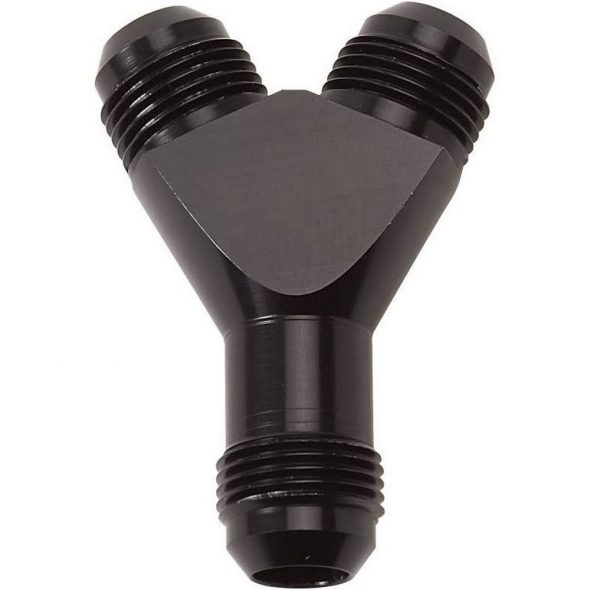 One straight and one 45 degree aluminum hose end was used to connect the outlets of the fuel block to two 90 degree aluminum hose ends at each carb banjo. All of the fittings and hose connections proved to be tight and leak free when tested. I am very pleased with the functional and esthetic enhancement to the stock fuel delivery system.

I purchased the 2″ polished aluminum ram pipes from Doug Escriva as well as pair of ITG Megaflow JSC-12 Air Socks. 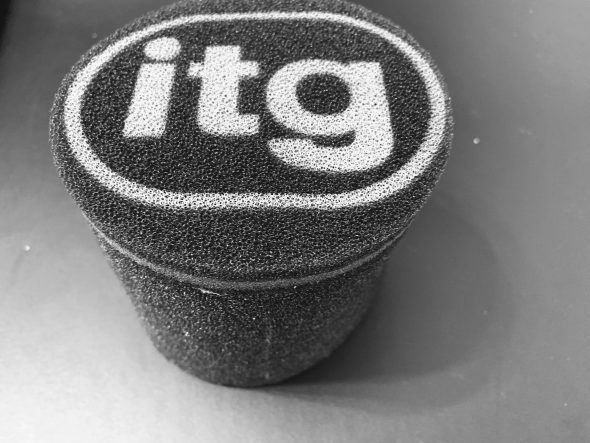