It is not at all uncommon to have a leaking steering box. When I rebuilt my steering box some years ago I filled it with Penrite Gearbox oil – the recommended oil at the time. It is very thick and has to be warmed up to get it to go into the steering box.

My guess is that the rubber seal on the steering shaft needs to be replaced. That is a fairly big job. Others have mentioned that the use of Corn Head Grease, a John Deere product, will greatly reduce, if not eliminate leaks. I decide to give it a try. 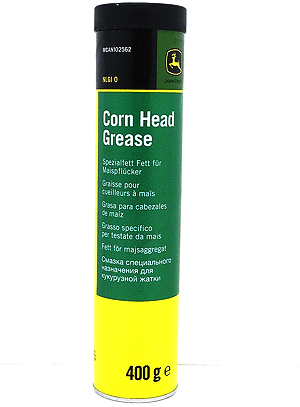 One can ever so slightly loosen the four screws on the front of the box (no more than 1/8″) to let the old oil drain out. I am betting that most of mine has already drained out so I decided to just fill the box with the Corn Head grease and see what result I obtained.

I used a very small, needle-type, fitting on my grease gun and pumped away until the box was full. I then turned the steering wheel back and forth a number of times – easier if you get the front end off the ground first – to “settle” the grease. I then pumped some additional grease into the box and wrapped up by re-securing the filler bolt to the box.

The image below shows the rebuilt box when I trial-mounted it in the car when it was in primer. A white foam seal can be seen. This seal is there to keep dust/dirt out of the mechanism. It does not actually help to seal the box. I removed to old seal as it was saturated with oil. 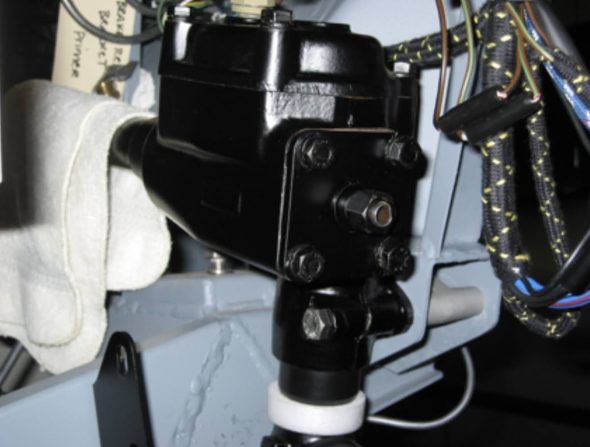 I ordered some new seals from Moss Motors. However, I was not about to pull the steering arm just to replace the dust seal, so I made a razor cut in the seal, placed it around the shaft and then used Super Glue to rejoin the edges of the seal. Worked like a charm.

After about a week since I put the Corn Head Grease into the box, it seems to be leak free. We will see how it holds up. If this doesn’t work I will need to remove the steering arm and replace the seal on the steering shaft.