Having converted the Bugeye to electronic ignition with a Crane system, I knew that I wanted to use electronic ignition with the Bloody Beast, but unlike the Crane system, I wanted to use a system that would be housed in the distributor such as a Pertronix. After doing some research I decided to replace the entire distributor with a newly introduced Dutch product, the 123 Distributor. The United States distributer is https://123ignitionusa.com

One appealing aspect of the 123 is that the advance curve is determined by simply adjusting the settings by turning an adjustment on the outside of the distributor and “clicking” it into place. Sixteen curves are available from which to select. Since my purchase the vendor has introduced a programmable bluetooth distributor that can be managed with a laptop. The model number of the unit I used is 123/GB-6-R-V.

For initial set-up, I chose the recommended “B” setting. While the distributor is a “drop-in” in for the BJ8 with an electronic tach, a kit is supplied to adapt it for the mechanical tach drive of the BT7. The shaft did need to be drilled and the drive dog from the original Lucas unit installed with a few spacing washers. My unit was supplied by a German vendor Brits’N’Pieces. 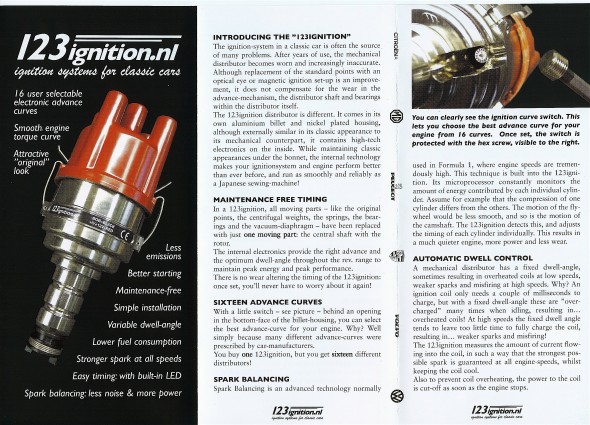 Rather than the original Lucas Coil, or Lucas Sports coil, I decided to go with the Pertronix Flame Thrower Coil in the Bloody Beast. The coil was originally mounted on top of the generator, but since I am using an alternator, that mounting position was not available. I mounted the coil on the vertical upright shroud support post. 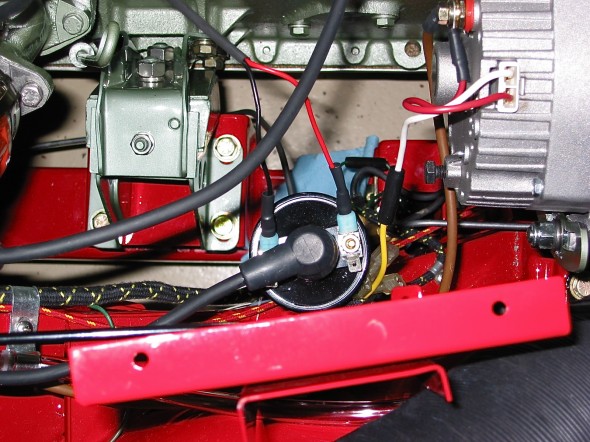 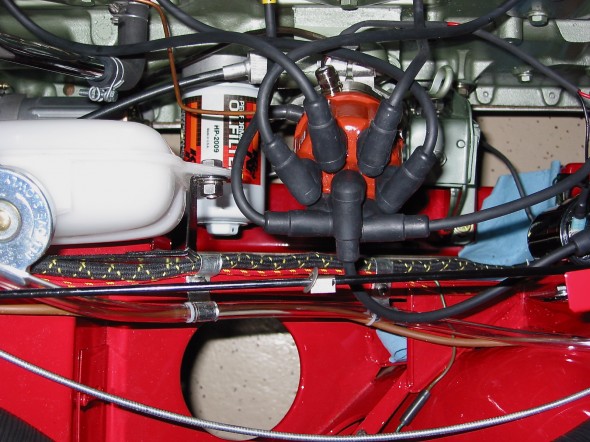