I was driving in the countryside near Dayton. Coming back into town I shifted to first gear to accelerate from a stop light only to find that while the motor was running like a sewing machine, the car would not move. The car was towed home. After initially expecting to find a problem with the clutch linkage or the transmission, we discovered the problem was a sheared axle on the driver’s side. Everyone tells you how easy this is to fix, but no one describes that it can be very difficult to get the inch long broken piece of half shaft out of the differential! We got a little help from Jack at Coachworks to remove the broken piece. 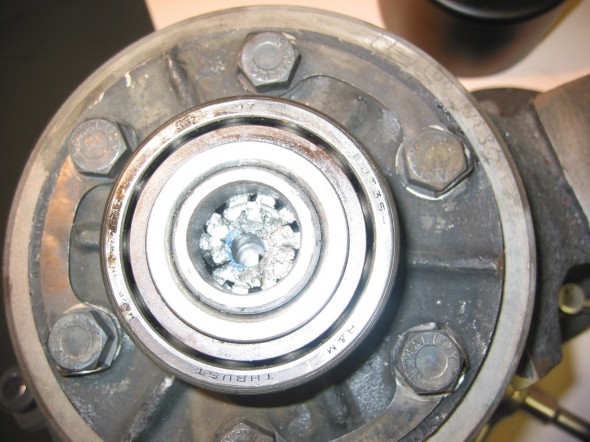 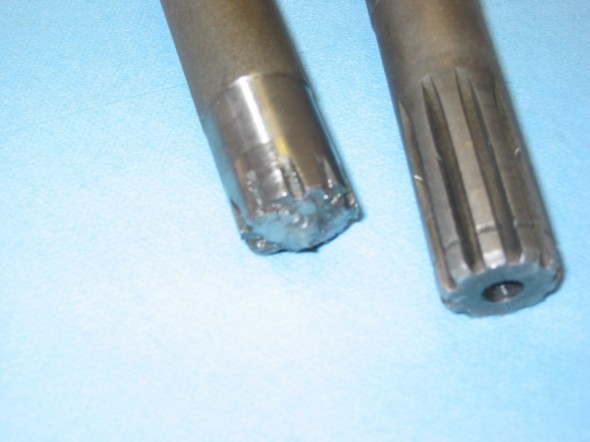 While under the car we also discovered that the rebound straps were about to go, so we replaced them at the same time.

Hardened steel competition axles were ordered from The Winner’s Circle. Expensive – $249 a piece! They should never break again. We decided to use Bill Perry’s (Rivergate) suggestion and applied Form-A-Gasket to the differential and to the axle hub faces rather than using paper. We will need to evaluate how the approach works. We also replaced the brake shoes because when the half shaft broke we discovered oil leaking from hub on the driver’s side.

1 thought on “The Broken Axle Half-shaft”