I have not changed the gearbox oil in the Toyota 5-speed since it was initially  filled around 2007, so as part of my ten year renewal process I thought it should be done. The gearbox uses just under three quarts of oil and I use Redline MT-90. 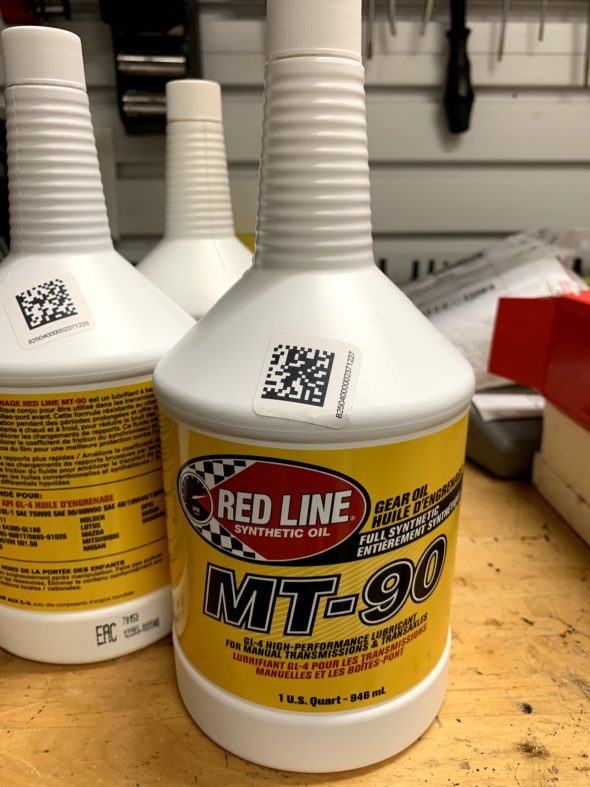 This image taken before I installed the gearbox in the car shows the fill hole for the oil: 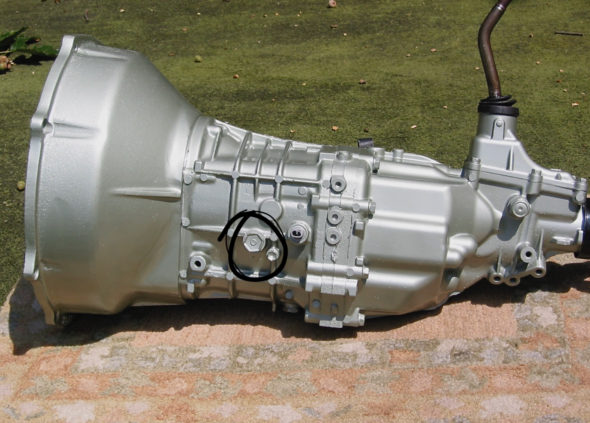 Both the drain and fill plugs use a 24mm or 11/16″ wrench to loosen. I always loosen the fill hole first because if for some reason you ran into a problem and could not remove the fill plug, you would not want to be stuck with no oil in the box because you had already drained it. After both plugs were removed, the oil was drained and it looked almost as good as when it is fresh. That is always nice to see! 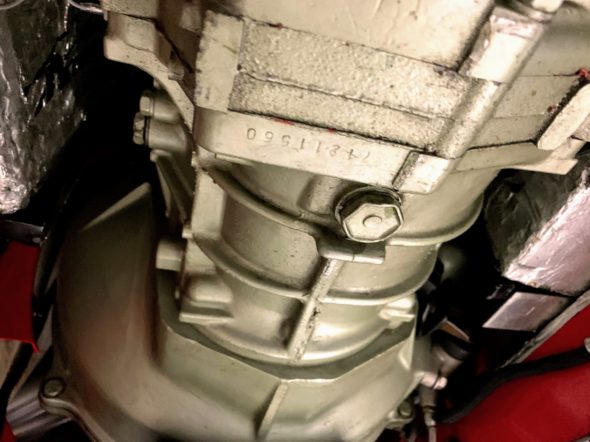 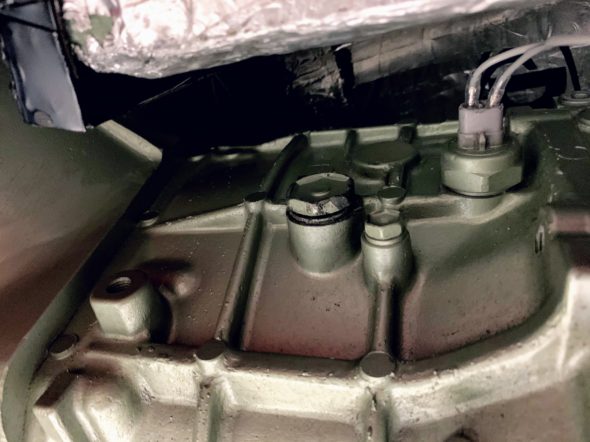 Following cleaning up around the plug holes and installing a new aluminum crush washer on the drain plug I installed the drain plug and filled the gearbox with oil until it just started to leak out of the fill hole. As stated previously, just slightly under three quarts of oil are used. I then reinstalled the fill plug and washer and the job was complete. Another item on my renewal list checked off.