The front cover has leaked oil for some time. In this post, I describe the process to remove the cover, replace the gasket and then reinstall the cover to the cylinder block. This process involves removing the alternator. When I restored my BT7 I “upgraded” from the original dynamo, or generator, to an alternator. At the time, I purchased a “kit” including the mounting brackets for the alternator. The kit was designed to use an easily obtained Delco Alternator: Delco SI 10 alternator with an internal regulator. (about a 72-on Chev). NAPA part # 2134011 and a NAPA Part # VRC 148 plug.

Instructions for the installation of the alternator are provided in the Electrical System entry of this Big Healey Valvechatter website. I will not repeat that information in this Blog entry.

The first step in this process is to turn off battery power with the switch in the boot. I then clipped the plastic tie I had used to secure the radiator overflow hose to the rear arm of the alternator bracket. 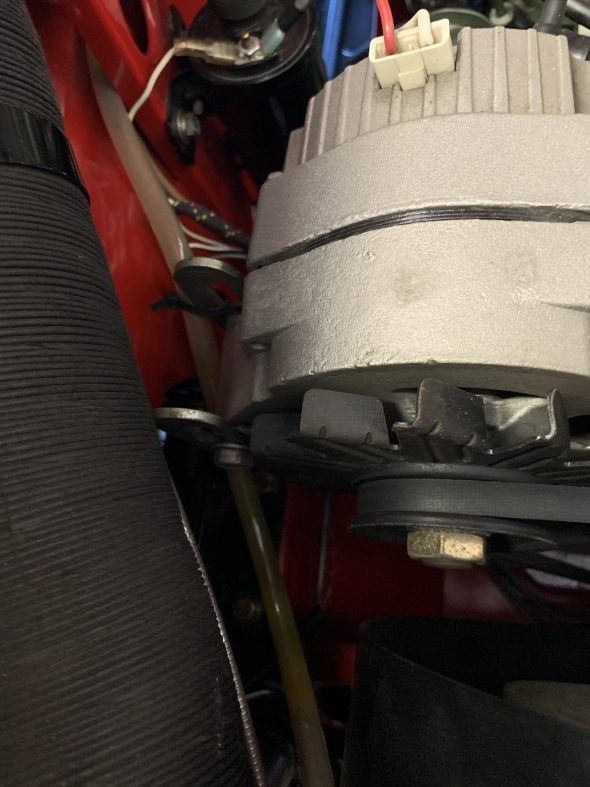 I then removed the bracket mounting bolt and nyclock nut on the swing bracket. The bolt is stainless and it is a 3/8″-24 x 3″ with flat washers and the nylock nut. 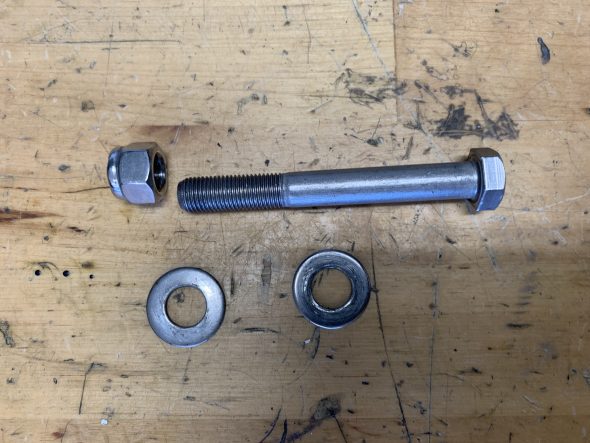 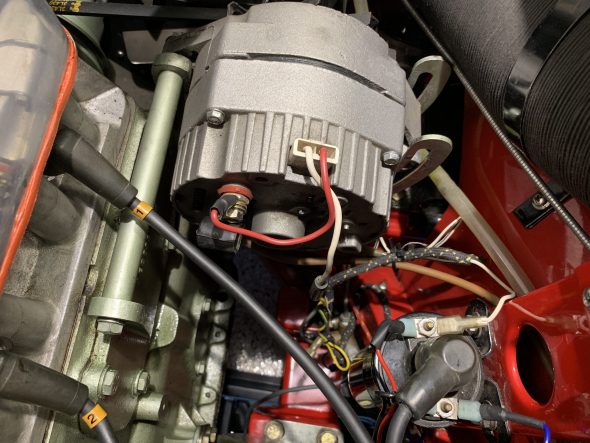 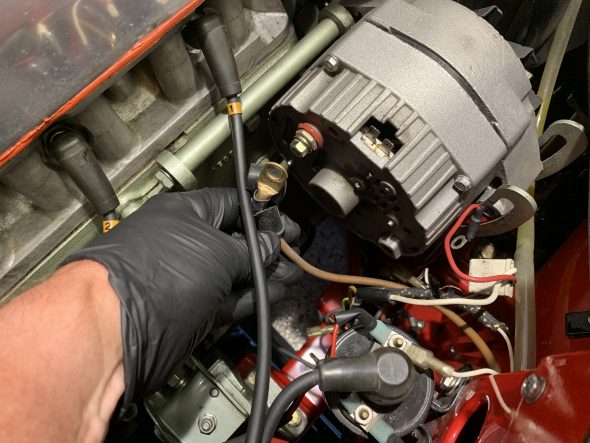 I then loosened and removed the 5/16″-18 x 1 3/4″ bolt with flat and lock washers that is inserted through the mounting ear of the alternator and into the spacer on the cylinder side front cover. Once removed the alternator can then be removed from the car. 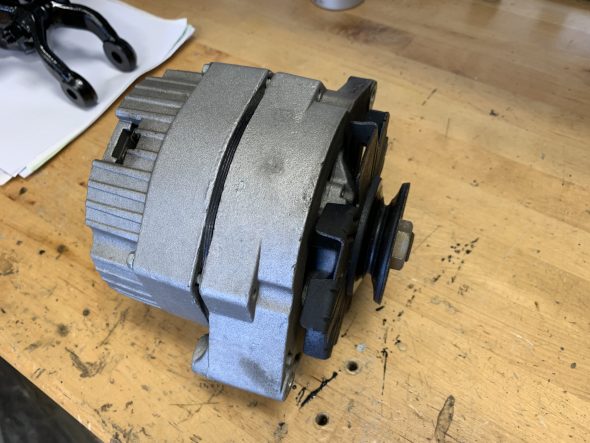 The five mounting bolts that secure the front cover to the cylinder block are now accessible. In the image below, oil residue from the leaking cover can be seen. 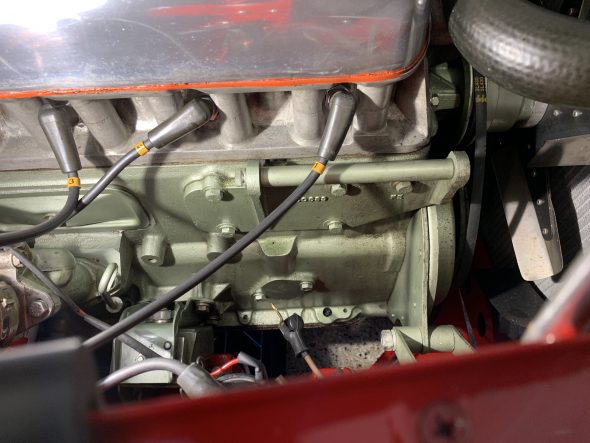 The cover is removed by loosening and removing the five mounting bolts and copper flat washers. 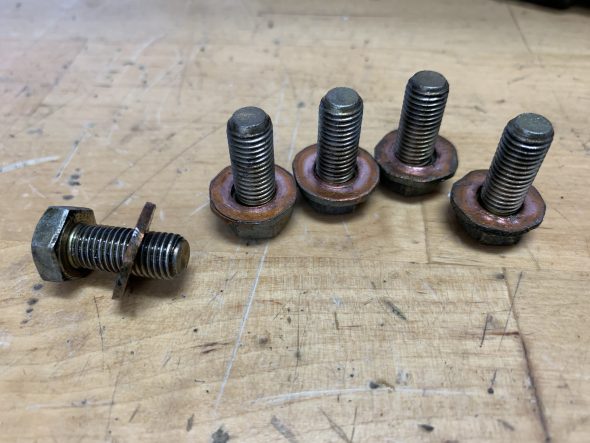 The next task was to clean-up the cover by removing the old gasket and degreasing the part. I took advantage of the opportunity and repainted the cover prior to reinstallation. 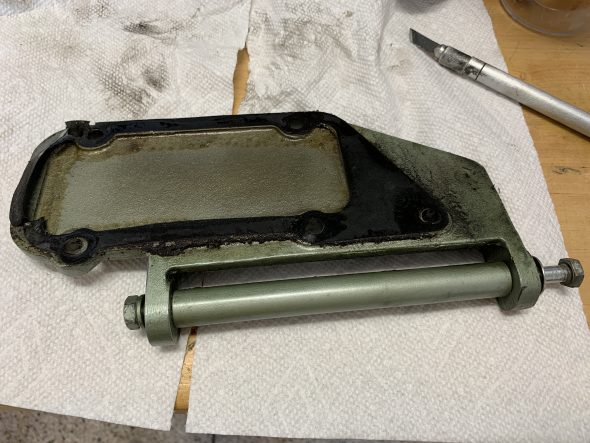 This is the freshly painted cover and the new paper gasket AEC 313. 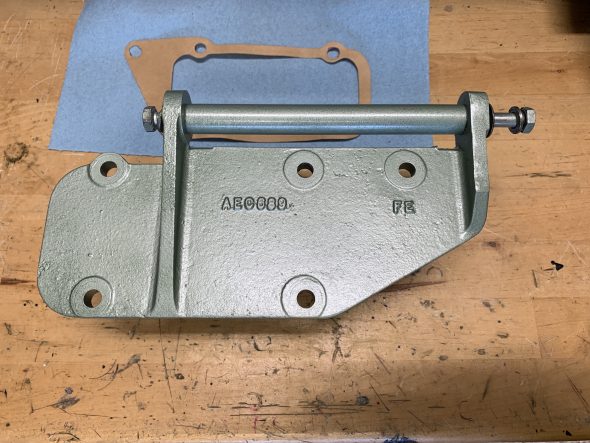 Before installing on the block I carefully cleaned the cylinder block and particularly the mounting flange for the cover. 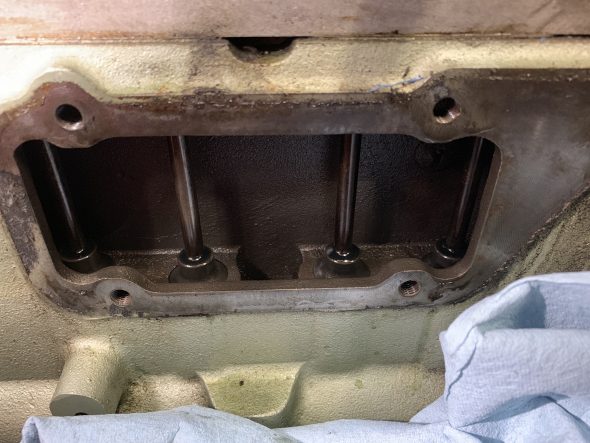 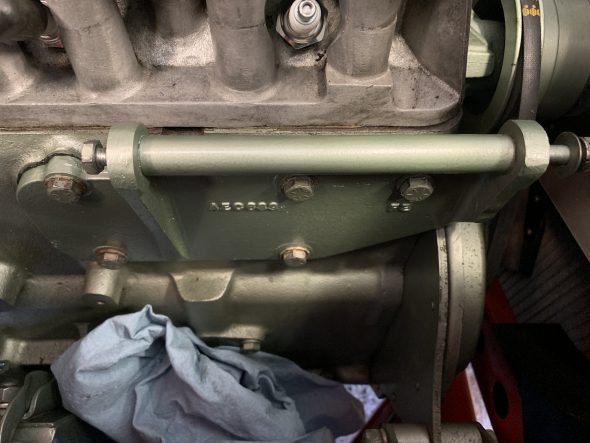 While the alternator on the car was functioning just fine I decided to go ahead and install a new (rebuilt) alternator in its place. one must take care to ensure that the fan belt is properly located on the crank, water pump and alternator pulleys. With the alternator held in place the front mounting bolt can be reinstalled through the ear of the alternator, and the cover and then screwed into the threaded spacer tube. 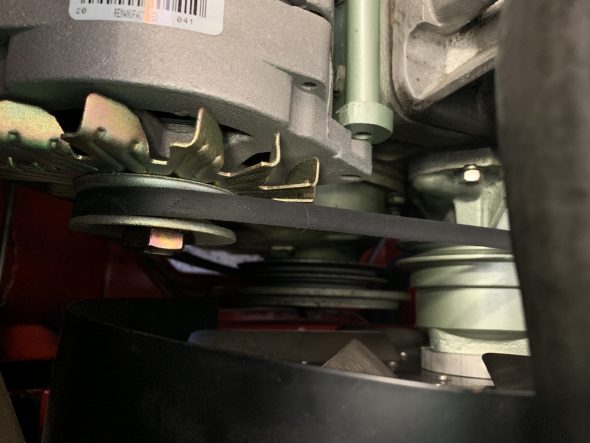 The 3″ bolt was then inserted through the swing bracket and the “wide” mounting ear of the alternator and tightened providing approximately a 1″ deflection of the fan belt.

Finally, all electrical connections were made and after a final check the boot master switch was turned to the “on” position.

The car was then test driven with the charging light on the speedometer switching off as the car accelerated.