Fortunately, my website is filled primarily with good news stories. There are a few bad news posts but I think this is my first entry that falls under the heading of just plain “ugly!”

Back in November I did something really stupid. I have lots of rationalizations to explain how this “ugly” event could happen; however, none of them really matter. The bottom line is that I raised The Bloody Beast on the garage lift while the bonnet was propped up and it lost the battle when it struck the garage ceiling. This is the nice fit I achieved following the encounter with the ceiling. 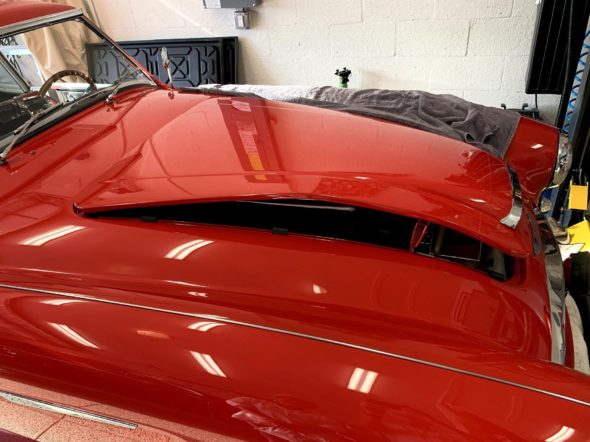 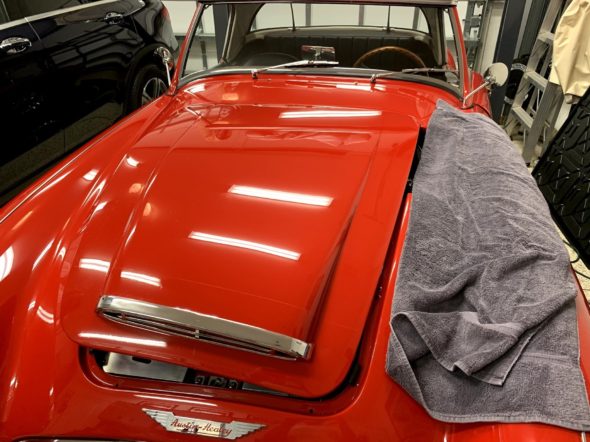 After a generous display of profanity and tears, I pulled the bonnet off the car and drove it to Virginia (a 30 hour round trip journey) to Maple Hill Restorations and my friend Jeremy Turner. Jeremy specializes in Shelby 350 restorations but he took on my Healey twelve to thirteen years ago and completed all of the bodywork and paint. As far as I was concerned he was the only person who should try to “fix” my big mistake.

He could not get to the repair until early June of 2020, but it was worth the wait. This is an image of the bonnet after it was straightened and painted. 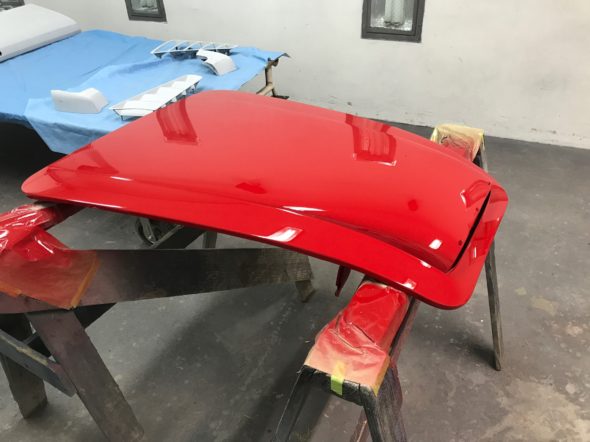 He is a magician! Beautiful work. So, following another quick trip back to Virginia I re-installed the bonnet on the car with little drama and now all is right with the world – well at least the Healey world!

To avoid any issues with damage to the front shroud or the freshly painted bonnet I placed my Healey shroud quilt over the front of the car and placed a 2 x 4 across the engine bay. 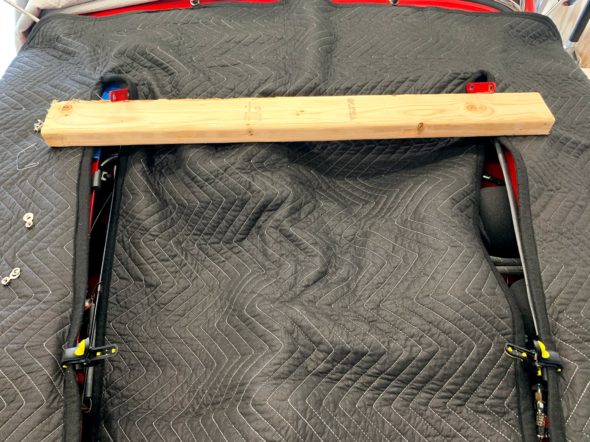 With the assistance of my wife, I was able to re-install the bonnet on the hinges and after some fettling and tinkering I was able to adjust it to end up with nice gaps all around.

A helpful tip I picked up from one of the Healey forums to help with bonnet alignment is to place a piece of tape over the bonnet striker catch and then put a little paint (or finger nail polish) on the tip of the striker pin. Once you see where the pin is hitting the tape you can adjust the striker assembly to re-orient it until you have it lined up in the center. 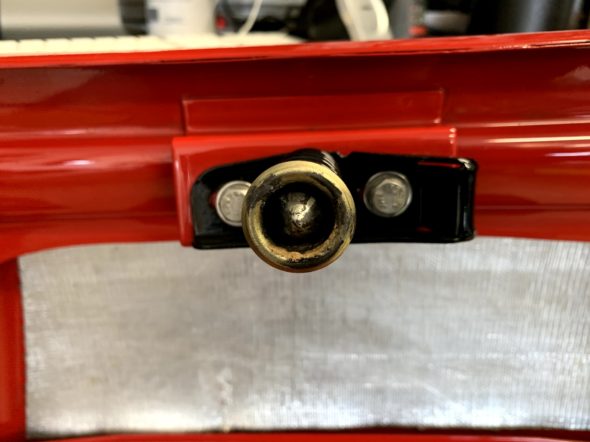 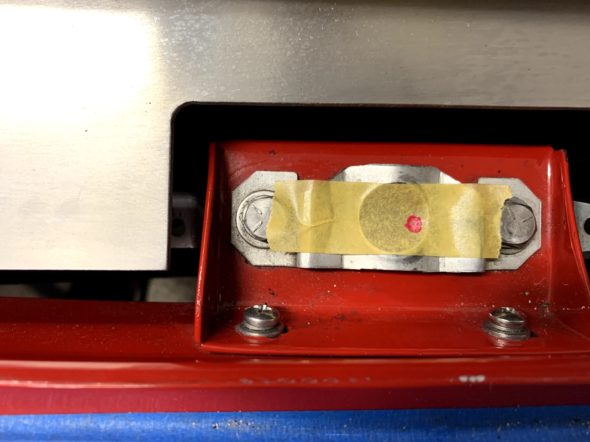 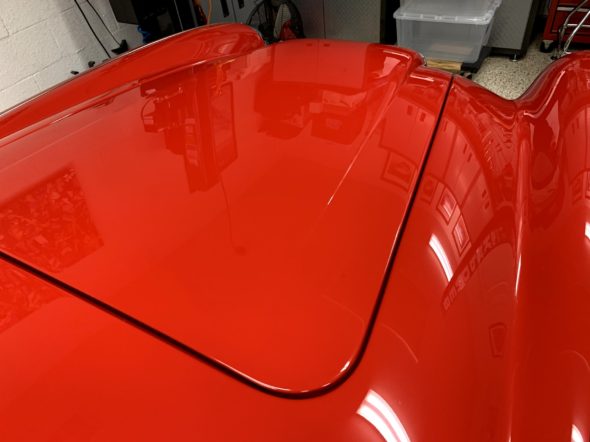 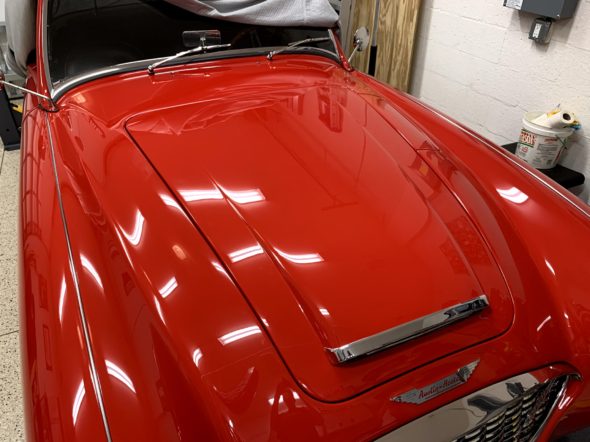 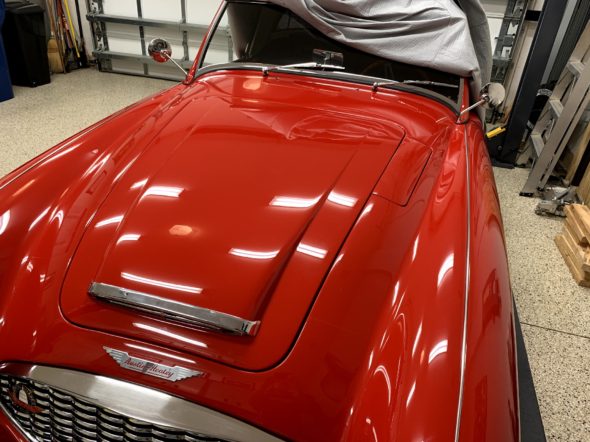 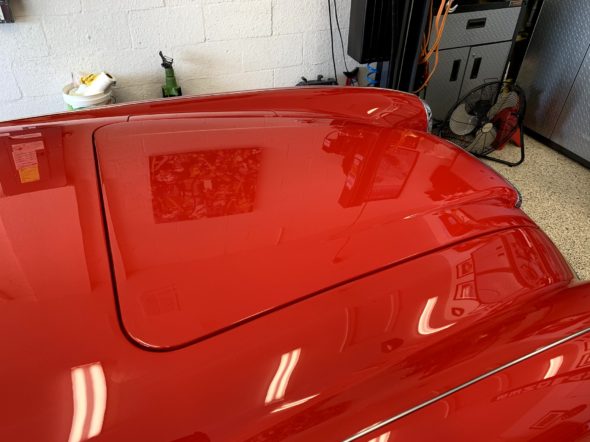 The wounds have now healed with a big “thank you” to Jeremy! Now I am back on the road again. 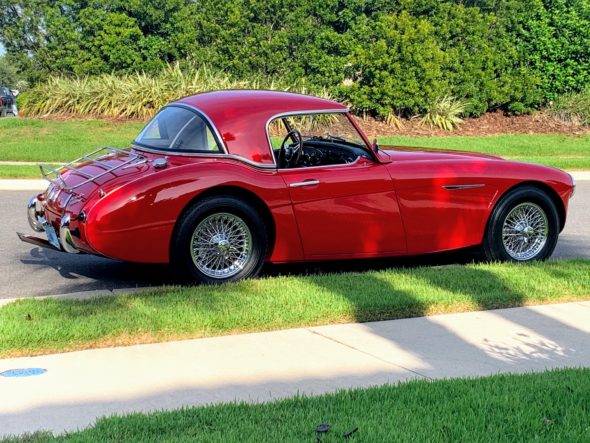 On the Road Again

All of this called for a little celebration with the good stuff! 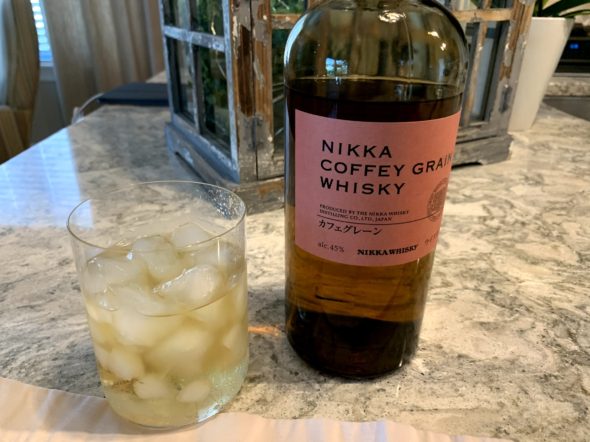