Dad and I attended the Capital Area Austin Healey Club father-son weekend meet at Frederick, MD. It was the first time that I had participated in a show or club event with my Bugeye, so it was pretty exciting. The car broke down in Berryville. After getting fuel it just wouldn’t start again. Turned out to be the starter, but substantial consternation involved before things got fixed by the next day. I participated in my first Funkhana and actually won it! 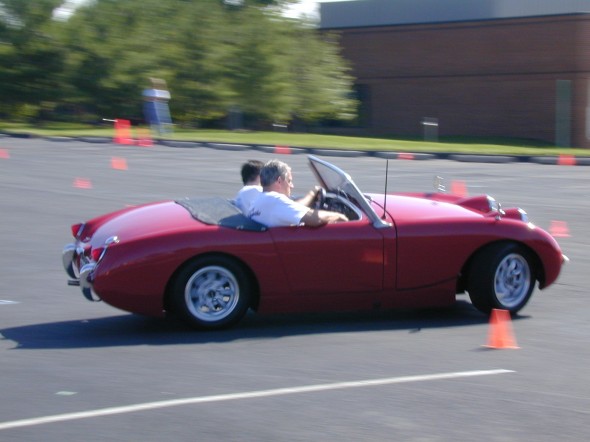 Just me, or are we leaning? 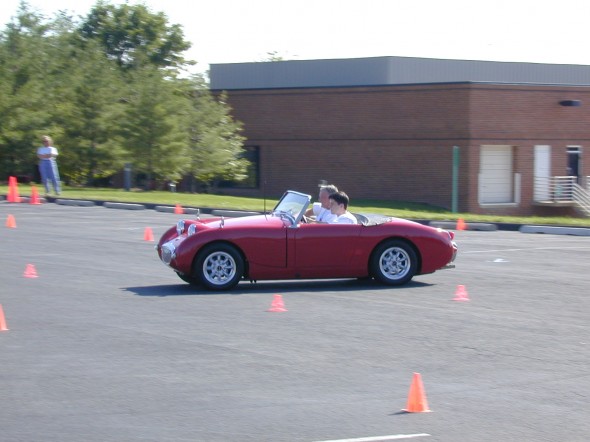 I came in second in the popular judging show. Highlight of the event was that Gary and Paulette Lownsdale, The President of the Austin Healey Club of America attended. I drove the Bugeye home from Frederick – about 2 hours. 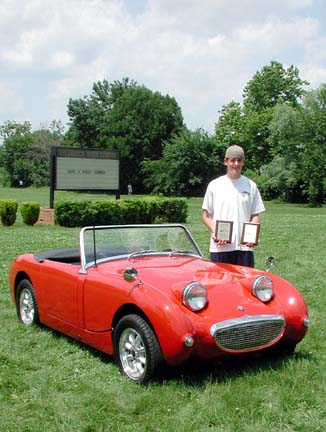 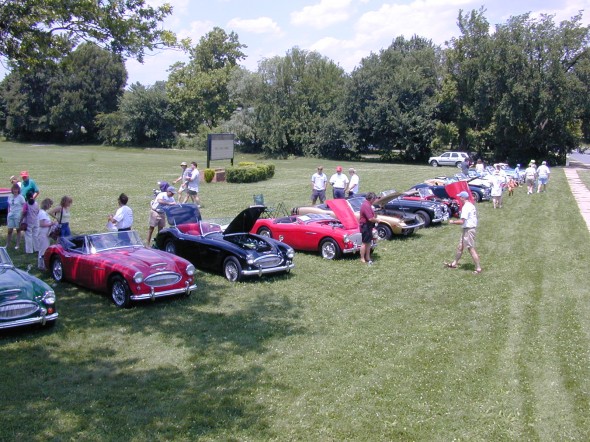 This is a pdf file of the report of the event which was posted on the club’s website: Just click to see the four page write-up.