After the LH side rail was carpeted I installed the carpet piece for the driver’s side footbox toeboard. This was the most difficult piece to glue in to the car because it is a little harder to get to (as in standing on your head!) and because it is one piece for two panels. It also incorporates the vertical panel by the gearbox surround. After several iterations of fitting I was pleased with the result and glued it in place. Then on to the RH side. 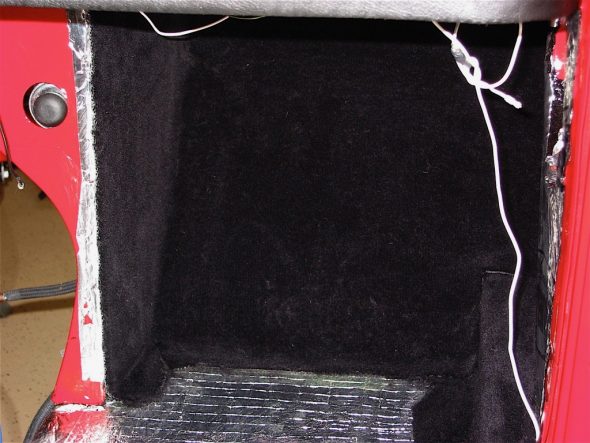 Next came the two pieces of carpet that are glued to the vertical kickboard bulkhead behind the front seats and the rear seat surround. With some minor trimming they fit nicely. I then glued the two small pieces to the LH and RH side of the rear of the car where the soft top and its frame rests when folded down. 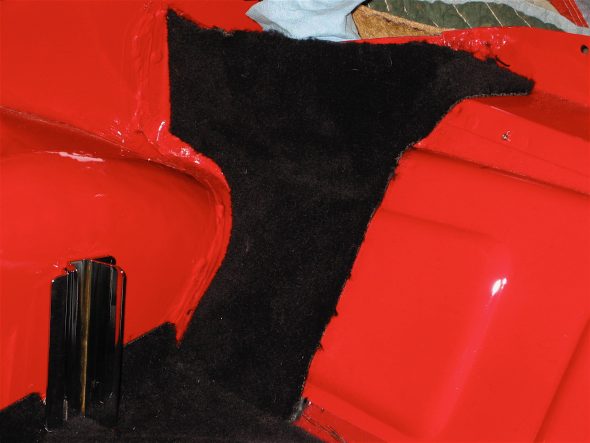 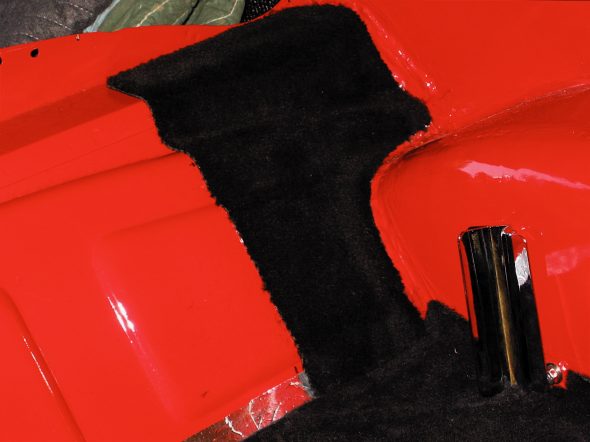 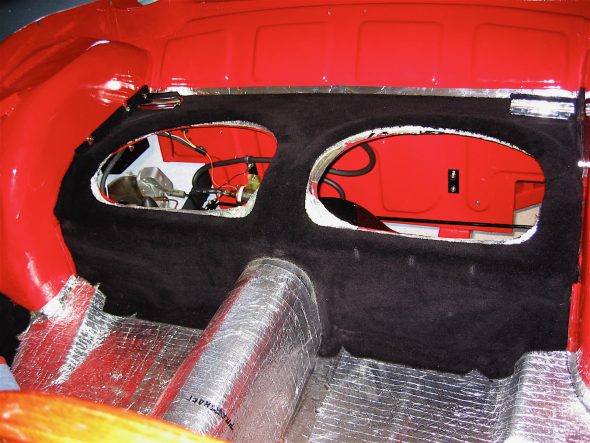 The hardware for the rear vertical upholstered panel was then mounted to the car and the panel was dropped into its position. 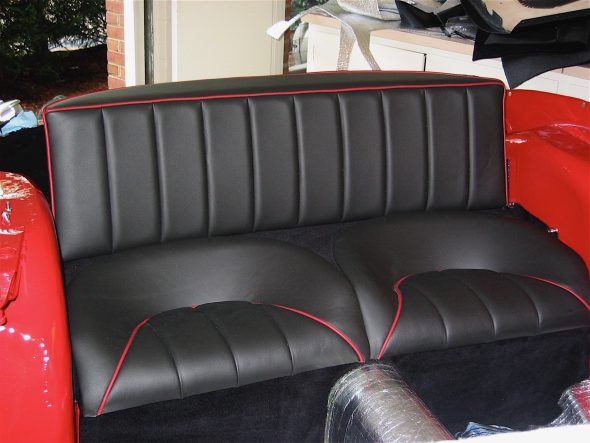 The RH side rail carpet was glued to the rail as per the left side installation.

Heritage Upholstery and Trim provides a piece of vinyl (as per original) to cover the RH kickboard panel as it is an “open” piece. I wasn’t pleased with its appearance so I cut a piece of extra carpet I had to cover the opening and I was very satisfied with the results. It looks much better than the vinyl! I then carefully drilled holes through the LH and RH kickboard panels into the car superstructure and screwed them in place #6 stainless flat head screws with trim rings. 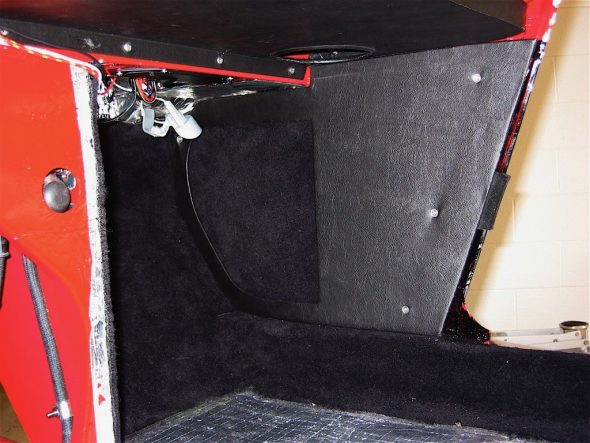 After some trial and error fitting and trimming I put the floorboard carpets in place, cutting the rear most pieces to accommodate the seat rails and their mounting strips. I am going to try using velcro for these pieces rather than snapping them in place since I would have to drill holes in the new floorboards for the snaps. I will see how the velcro works and return to the snaps if my solution is not satisfactory.

The two vinyl covered rear quarter panels were installed next. Four #8 flat head stainless wood screws were used on the vertical rails and two #6 pan head screws were used on each of the top horizontal panels. The front seats were then put in place and tightened. I installed bolt extensions on the fasteners on the driver’s seat seat rails to slightly angle (tilting rearword) the driver’s seat. This proved to offer a better driving position for me. 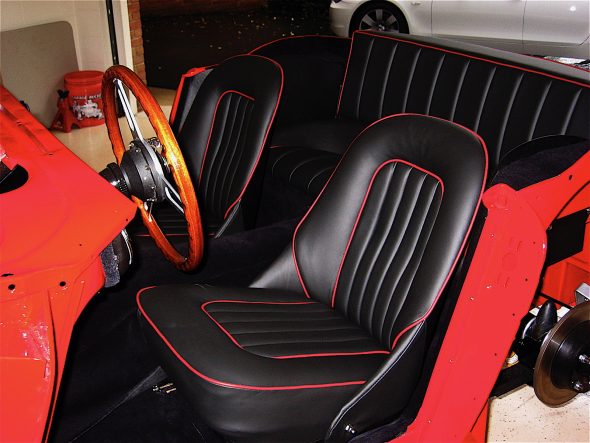 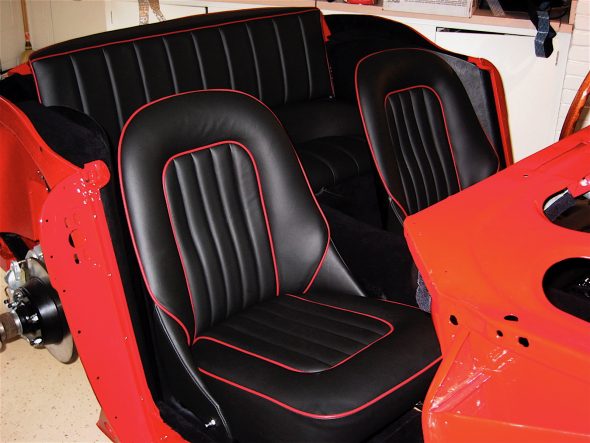 I am going to delay fitment of the gearbox extension cover and gearbox cover carpet until I have the engine and gearbox in the car just to be sure I end up with a good fit.