The front drum brakes of the 100-Sixes were replaced by Girling 11” disc brakes on the 3000 in March 1959. Rear brakes were 11” Girling drums that were also controlled by a handbrake lever located on the right side of the gearbox tunnel

The most significant modification I made to the braking of the 1960 MKI was the conversion of the rear drum brakes to disc brakes. This was accomplished with a kit based on Jaguar calipers coupled with mini-handbrake calipers sourced from Cape International. New rods to connect to the balance lever are supplied so that the handbrake functions as original. This is a pdf file of the instructions provided by Cape International.Cape Int Disc Brake Conversion 1 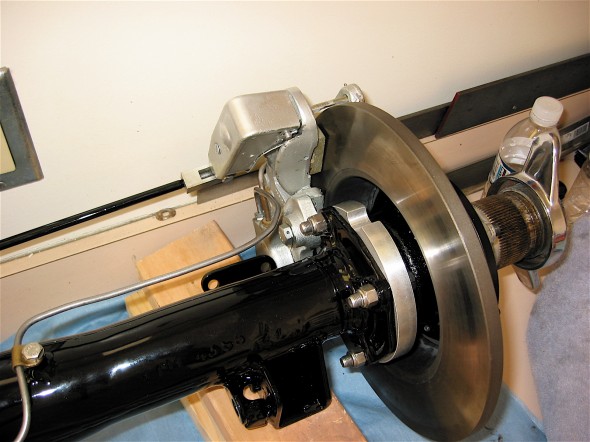 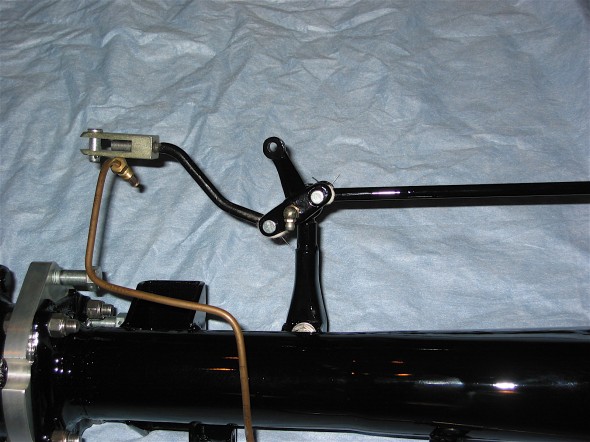 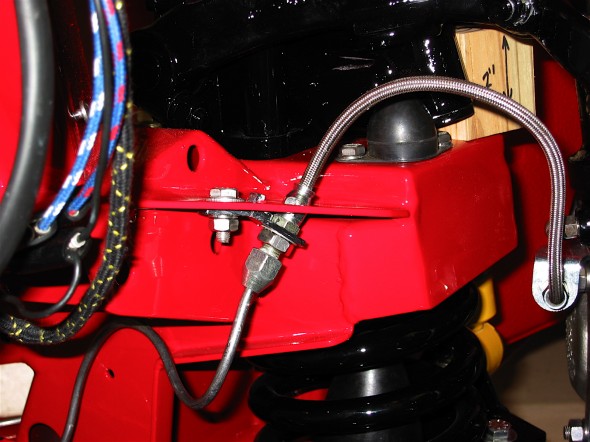 While standard rebuilt calipers were used in the front, the rotors were replaced with drilled rotors supplied by Cape International. 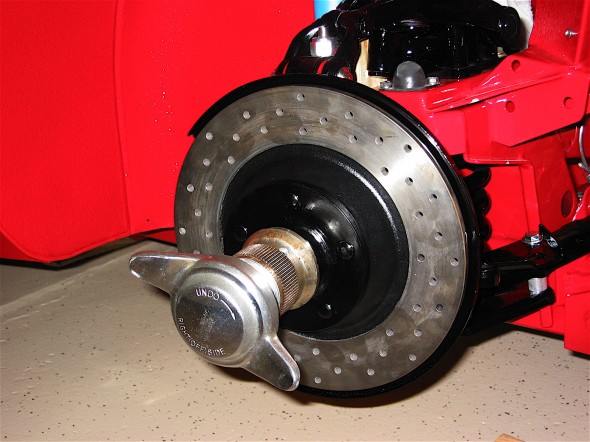 I utilized the new technology for brake bleeders, Speed Bleeders. These bleeders have a small stainless ball in them that close off the release of brake fluid, making the process of brake bleeding much easier. 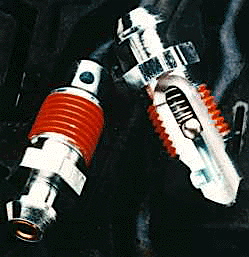 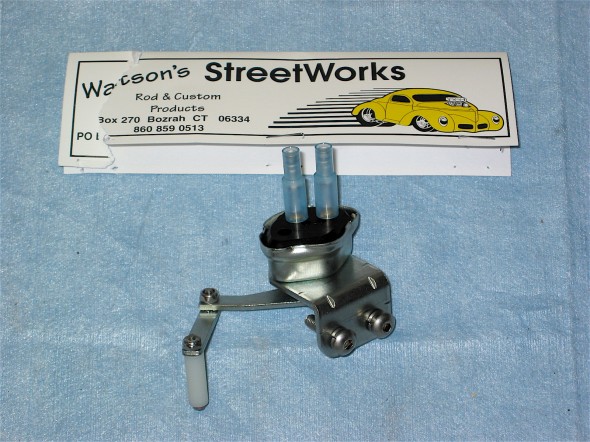 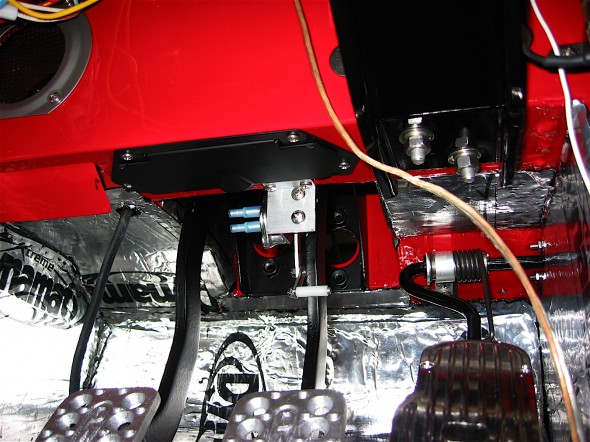 Other Healey restorers had noted that if overfilled, hydraulic fluid could slosh out of the vent hole in the reservoir cap and ruin the paint. Ever resourceful contributors to the British Car Forum discovered that a simple little gasket available in most auto parts stores fit perfectly in the reservoir cap, thereby solving the problem. I used one of the se “HELP” gaskets, #42072 in the Bloody Beast. 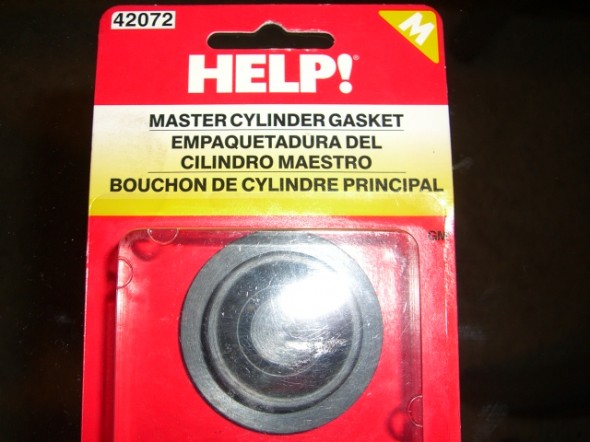