I returned from Europe with a renewed commitment to get the Healey completely finished by Christmas. With help from my wife, I pulled the engine. The Smitty bell housing was removed from the backplate and refitted to the Toyota gearbox. I used Copaslip on the fulcrum pin and arm as well as the shaft on which the throw out bearing rides. The assembled bell housing and gearbox was then bolted to the rear of the engine. Dowel bolts at 11:00 and 5:00 o’clock.

Again with help, the engine/gearbox was installed in the car. 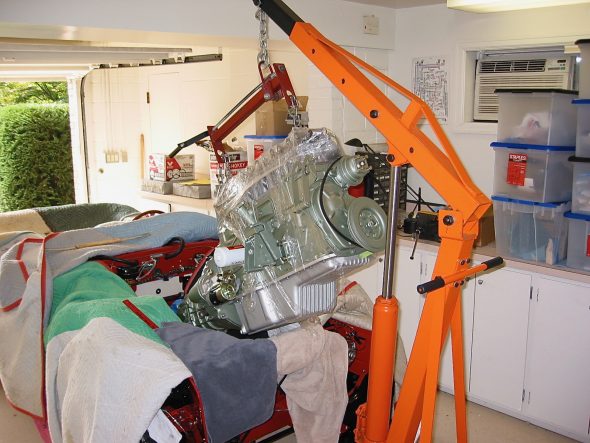 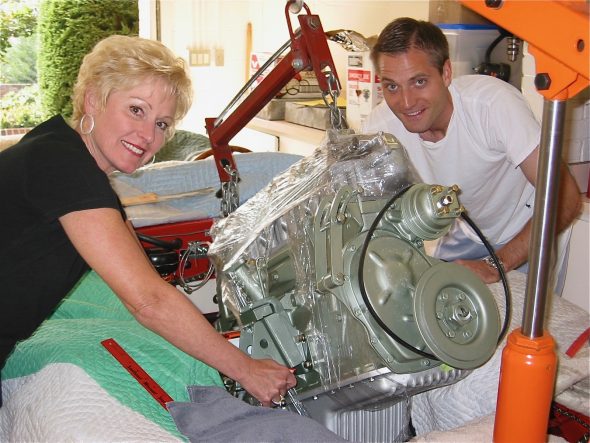 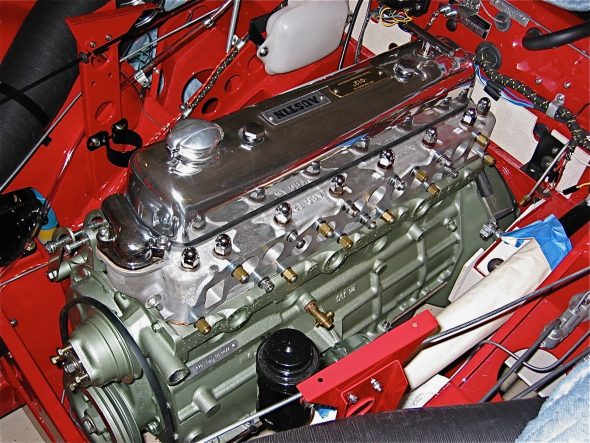 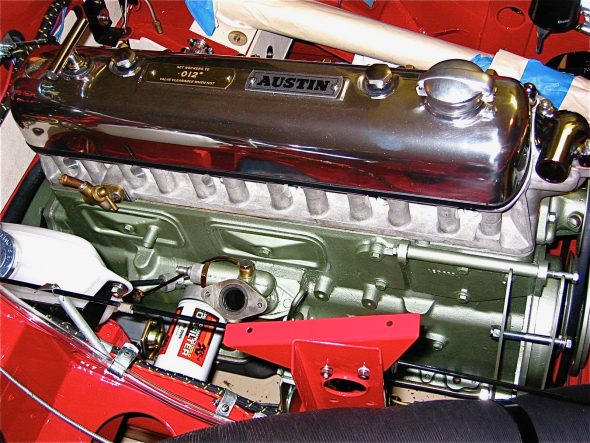 Just as a change of pace, I installed some small trim pieces to body components. The striker pin assembly was put together and then mounted on the inside of the bonnet. 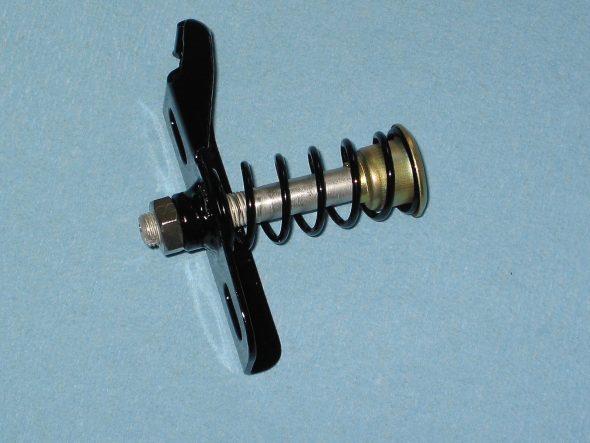 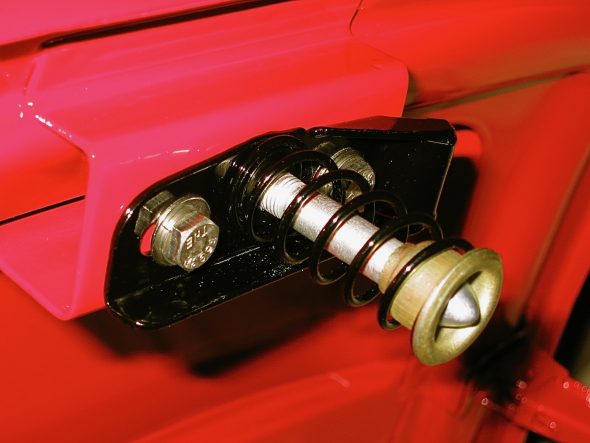 The stainless steel screens were fixed to the custom brackets made for the oil cooler vents. I purchased the steel mesh screen from Pegasus Racing. 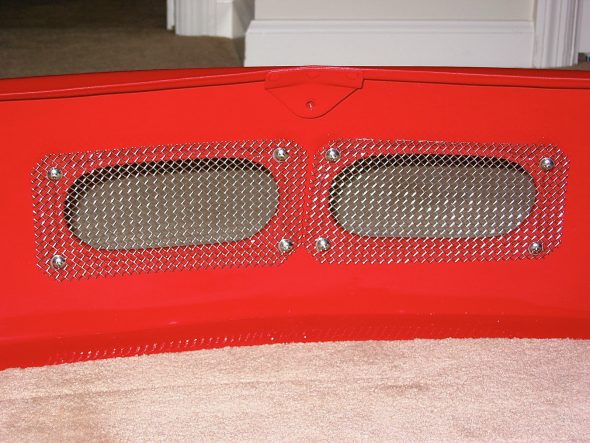 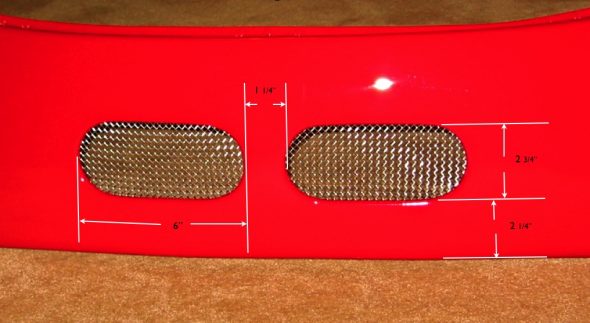 Next was the bonnet grill. The key with this grill is to not overtighten and dimple the brow. I used some leather padding from British Car Specialist between the components. This was followed by the installation of the chrome flashes or spears on the front wings. 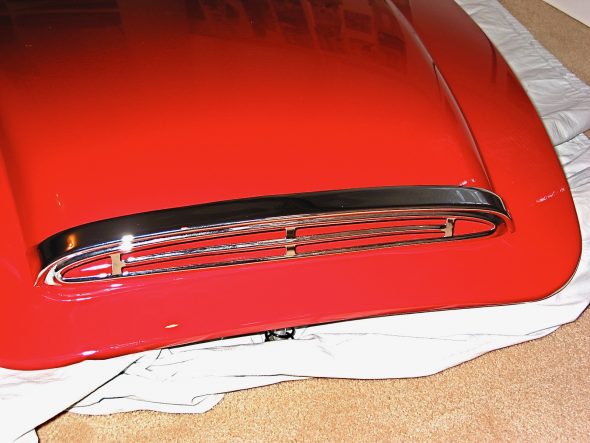 I decided to finish the two striker bonnet safety catches in clear zinc rather than paint them since the paint is scratched off of just about every car I have seen. I installed both of these with a loose fit so that they could be adjusted later. 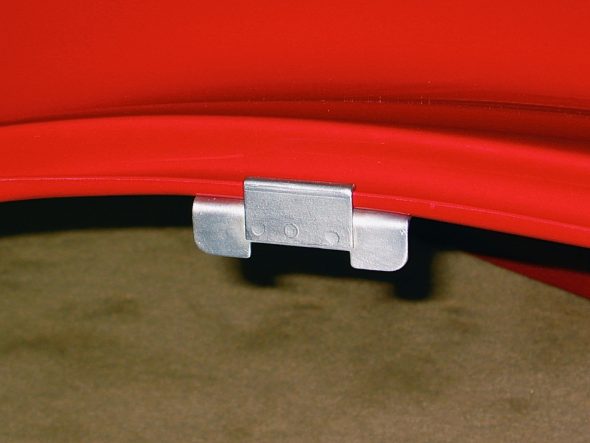 Next was the bonnet prop rod andrubber catch. As with the boot lid prop rod, I elected to use a stainless steel version custom made by Wicker’s Body and Paint Shop, Inc. (Unfortunately, no longer in business) 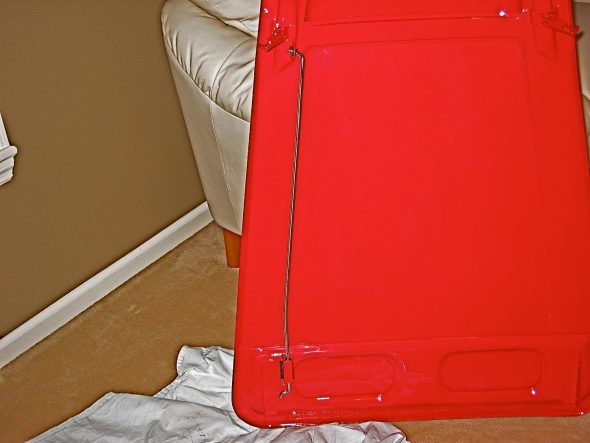 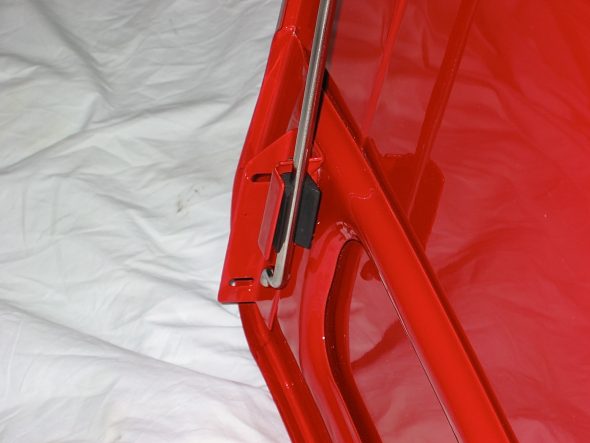