In the mid-2000s I did a fair amount of research regarding the conversion of the original mechanical throttle control linkage used on Big Healeys to a cable system similar to what DMH used on the Sprites. I was restoring my BT7 at the time. The results of that research and a description of what I ultimately chose to do is documented in an earlier post on my website: https://valvechatter.com/?p=6497.

Now in 2020, I decided to replace the Dennis Welch Throttle Cable Bracket that operated from the intake manifold and turned to making a bracket to hold the cable between the two SU carb float bowls. I made a pattern out of cardboard first and then cut the bracket out of a piece of steel sheet. After drilling the holes for mounting to the carbs, for the carb breather holes, and for the cable guide I bent the bracket to get the proper alignment to the throttle lever at the carbs. 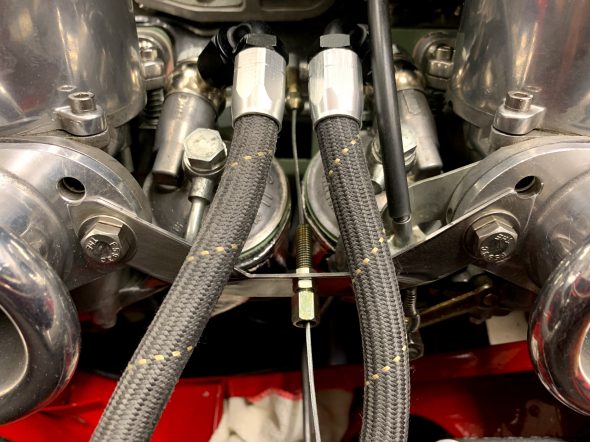 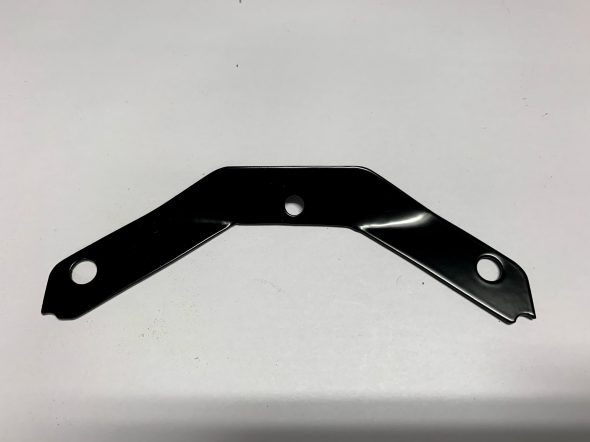 Unfortunately, I do not have part numbers or even the source for the components I used to guide the throttle cable and to secure it to the lever on the car throttle shaft. I had the parts in my collection of odds and ends.