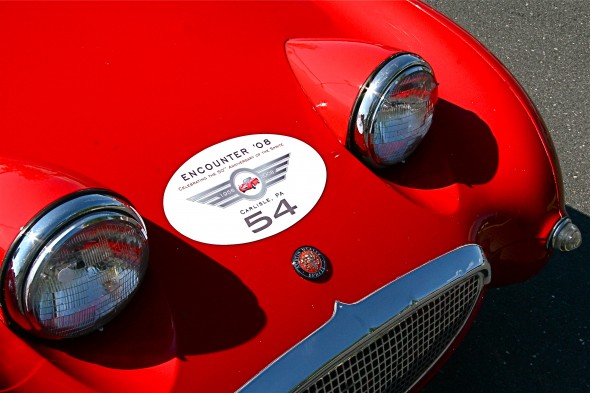 My name is John Rose and I am the current owner of AN5L11257, engine number 9CUH10910, a 1959 Austin Healey Sprite, popularly known as a “Bugeye” in the States or “Frogeye” if you are from across the pond.

This web site is dedicated to documenting the history of my car, the modifications that have been made to it, and the fun I have had with it.

My Dad, Linwood Rose, my younger brother, Scott, and I attended the 1998 Sprite Bash in Carlisle, PA with the idea of finding a Bugeye to purchase as my first car. Of course, I wasn’t old enough to drive yet, but this was to be a “project” car that would require some work prior to putting it on the road. We looked at a few cars that were for sale, but didn’t make any offers in Carlisle.

Later that summer, we were attending the British Car Days Show held in July at Bowie, Maryland on June 28, 1998. Tom Delaney from College Park, MD attended the Show and was walking around the show grounds with a sign taped to the back of his T shirt he was wearing that stated, “1959 Bugeye for sale, enquire within.” I struck up a conversation with Mr. Delaney and we agreed to stop and see his car when we returned from vacation at the end of the week. 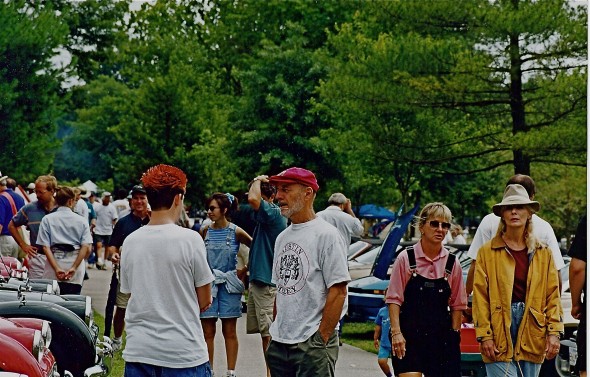 On July 2, 1998, after a test drive and some negotiating, I was the proud owner and we were driving MY Bugeye home from Maryland to Harrisonburg, VA.

Mr. Delaney did have some records that he passed along to me with the car. These records provided some insight into previous ownership of my Bugeye. I am not sure when Mr.Delaney purchased AN5L11257, but I do have a receipt for parts indicating he was the owner in February 1983.

Curiously, before Mr. Delaney was the custodian of my Bugeye, it was apparently owned by Captain Charles A. Rose of Gaithersburg, MD. I say “curiously,” because my uncle’s name is Charles Rose, and he lives in Maryland, but they are not one and the same.

Captain  Rose purchased my Bugeye in Tennessee according to Tennessee DMV records in September, 1979 from Dean Trathen from Nashville, TN. Mr. Trathen apparently owned the car for only a brief period having purchased it himself in March of 1979 from William L. Easterling from Brentwood, TN. Records show that Mr.Easterling bought the car in September of 1978.

Unfortunately, I don’t have records or any knowledge of ownership of my Bugeye from 1959 to 1978.

My Bugeye Blog chronicles the life and times of AN5L11257 while in my care. I didn’t keep good records at first, so details are a little sketchy until 2000. As the reader of my Bugeye Blog will observe, we have made many “personalizations” to my Bugeye. I have concentrated on making my car fun to drive by increasing performance and handling.

I hope you enjoy my Bugeye Blog and invite your questions or comments.