Unfortunately, I don’t have precise records, but in 2000-2001 we decided that the 948 cc engine just wasn’t powerful enough to provide the driving fun that I had hoped to experience. After shopping around a bit and doing some research my Dad and I decided to purchase a 1275 motor from Bill Perry at Rivergate. Bill completely rebuilt a 1275 that he had and added a new aluminum head. We also purchased a Datsun B210 5 speed gearbox conversion and had Bill assemble everything as one unit, crate it, and send it to us, essentially ready to install.

Bill recommended using a Crane “Fireball” XR700 optical trigger ignition system and we installed one shortly after receiving the engine/gearbox package. We also purchased and installed the speedometer adapter kit available from Rivergate. 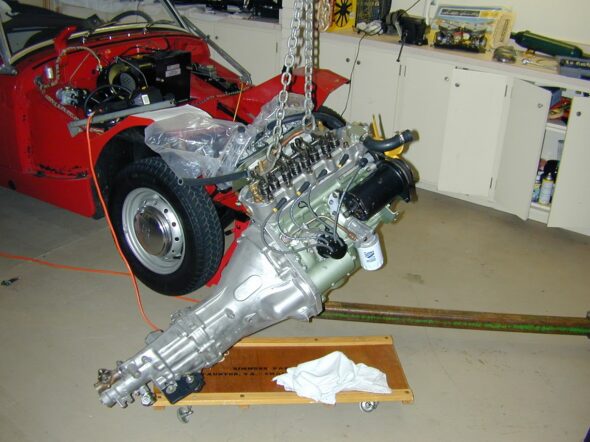 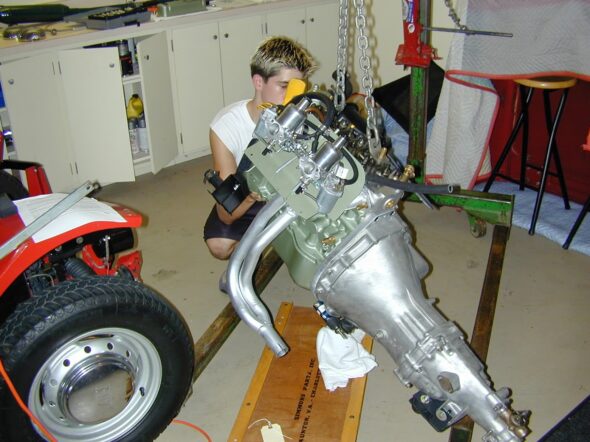 Before too long we also converted the original starter to a high-torque gear reduction starter and the generator to a Lucas alternator.