It became very clear after reading about the problems with the IMS bearing, that one key to enhancing incident free operation of the Carrera S with the small single row bearing is to change the oil more frequently than Porsche recommended. Jack Raby, owner of Flat Six Innovations http://www.flat6innovations.com, recommends that the oil be changed and inspected every six months or 5,000 miles. The inspection is to determine if there is any change in the chemical make-up of the used oil including the ferrous metals.

Many on the Rennlist Forum recommended that the original paper oil filter be replaced with an adapter and a spin-on oil filter. After some poking around the internet, I concluded that the best source for a spin-on oil filter and adapter was Charles Navarro’s LN Engineering https://lnengineering.com. I also decided on purchasing the oil they sell, a magnetic drain plug and a magnetic canister wrap to help trap any metal in the oil. 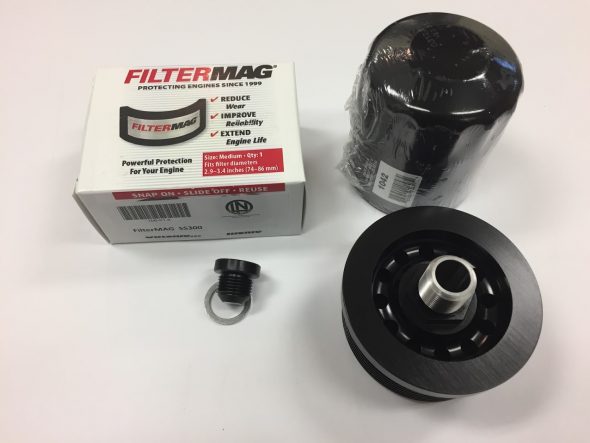 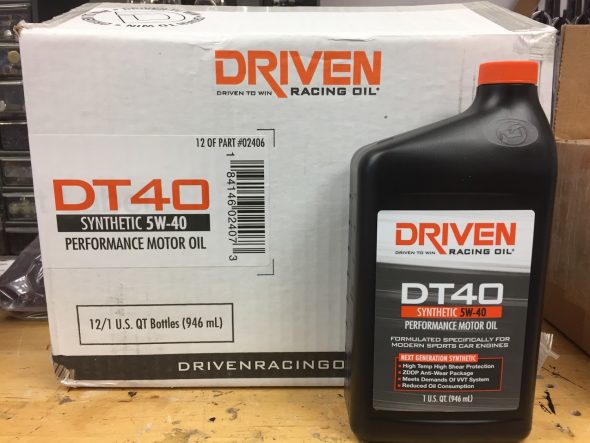 Changing the oil on the Carrera S is quite easy and can actually be done without jacking-up the car.  However, since I have a lift, I used it to access the car from below. The drain plug is located centrally and is removed with a M18x1.5 socket. I first drove the car around the block to warm the engine oil to encourage the draining of any contaminants in the oil.

Blackstone Laboratories https://www.blackstone-labs.com does oil analysis and was recommended to me by my friend Steve Thomton who used them for oil analysis for his Porsche Cayman. I had contacted them earlier and they had mailed an oil collection kit to me. One collects the oil upon an oil change, mails it to Blackstone and not long afterwards receives a detailed report of their findings.

As the oil drained, I collected a sample for the Blackstone Analysis. 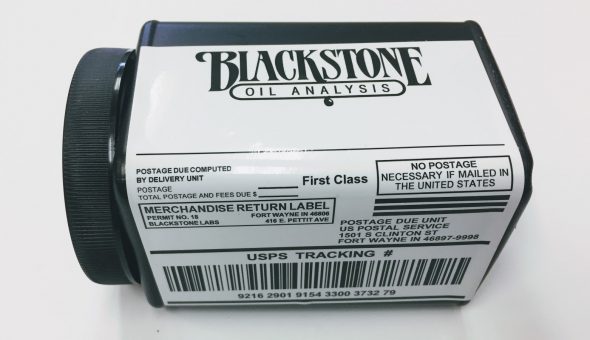 After the oil was drained, I removed the original plastic filter cover with a Porsche tool designed for the job. 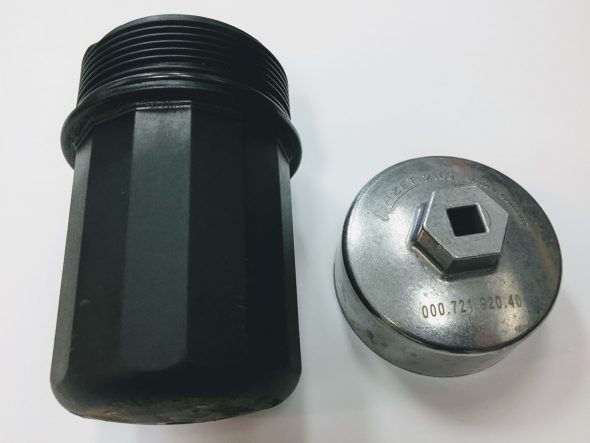 I then cut the paper filter to examine it, but did not find anything unexpected. No metal bits! Good sign.

To install the LN Engineering Oil Filter Adapter, I lubricated both rubber “O” rings with clean engine oil and screwed the adapter onto the engine by hand. Once fully engaged, I used a 26mm socket and torqued the adapter to 18 ft/lbs. I then oiled the filter gasket and filled the filter with oil before installing. The NAPA gold 1042 filter was installed to the adapter and once snugged by hand, turned another 3/4 to 1 full turn.

I then installed an LN Engineering billet aluminum hard-anodized magnetic drain plug in place of the original Porsche plug. The plug has a 3/8″ rare-earth magnet and is accompanied by a O.E. sealing ring Porsche part number 900 123 106 30. Once hand tightened, the plug was torques to 19 ft/lbs.

Finally, I freed and lifted the oil filler pipe from its retainer and with a funnel added 8-1/2 quarts of oil to the engine. I always use a sharpie to put the date and mileage on the filter as a reminder for the future. I don’t know what I was thinking in this case because I wrote 17, 225 rather than 7,225 but I returned and removed the first digit later! 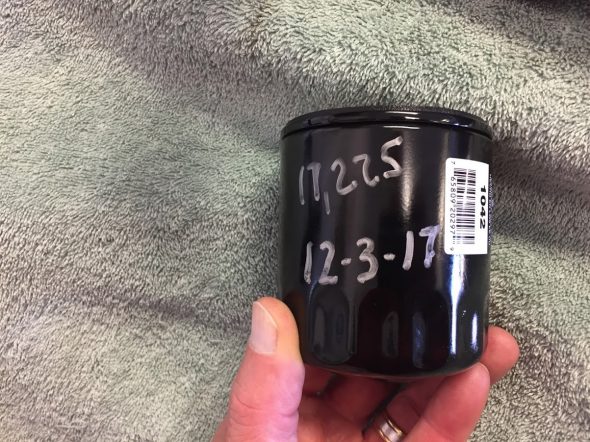 After buttoning up everything, I then put the car back on the road, again drove it around the block to warm the oil and then checked the oil level on the dash gauge with the ignition on. I found it to be slightly low so I added a little more oil and checked the level again and found it to be full.

I received the oil analysis from Blackstone Labs. Their report indicated that everything was within “normal” specifications. 05 CARERRA-171203 .