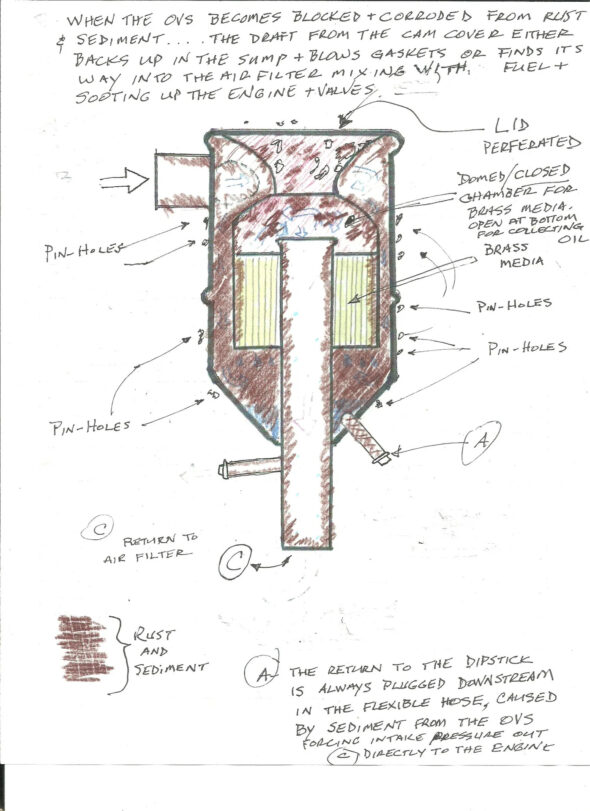 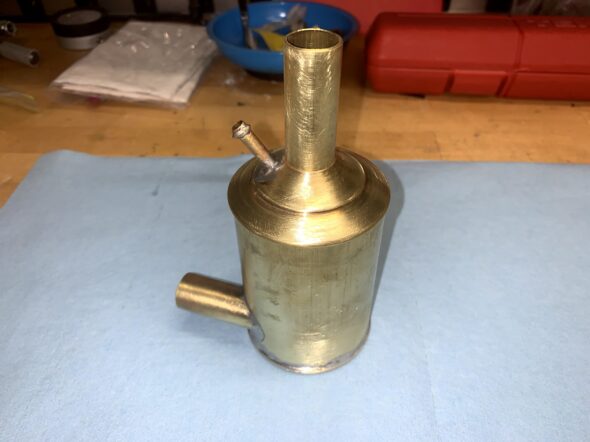 This image shows the location of the original OVS mounted to the RH engine bay valance. After disconnecting its hoses and pulling it out of the car I was able to put it on the bench and use it to determine the proper location of the ports on the new brass OVS. I followed the directions and installed the port fixtures. 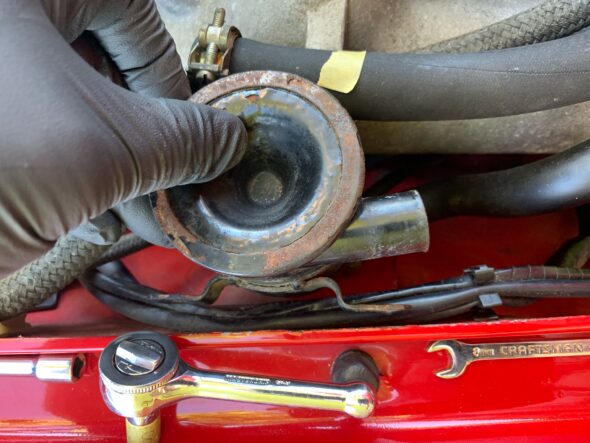 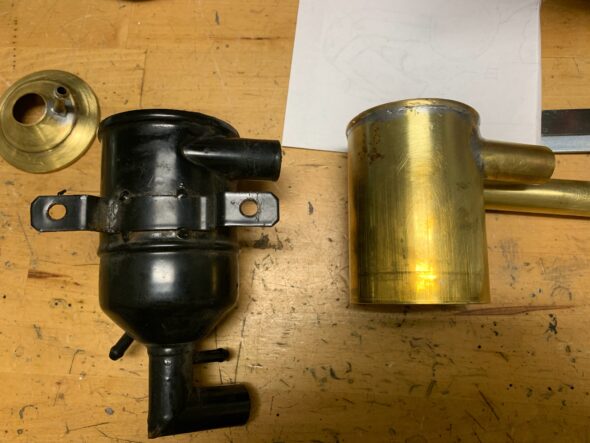 After final assembly of the kit, I decided to apply some Bondo body filler to the canister to even out some of my solder joints and create a better appearance once painted. This took a little more time but the final product was worth it. 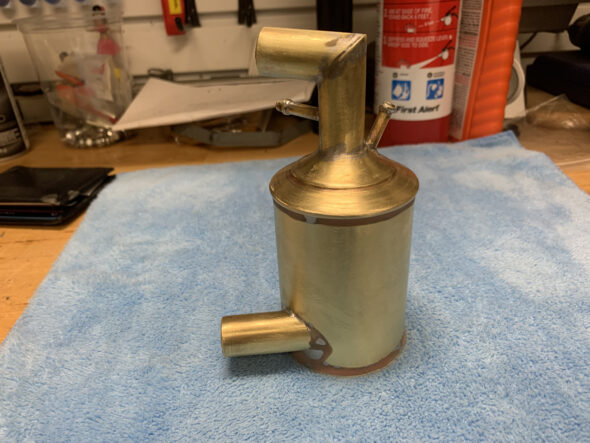 I then made my own mounting bracket that permits the bracket to be fixed to the car separately from the canister itself. I used some brass plate and a piece of 1/2″ x 1/16″ x 9.5″ steel bent into shape. I was pleased with the result. 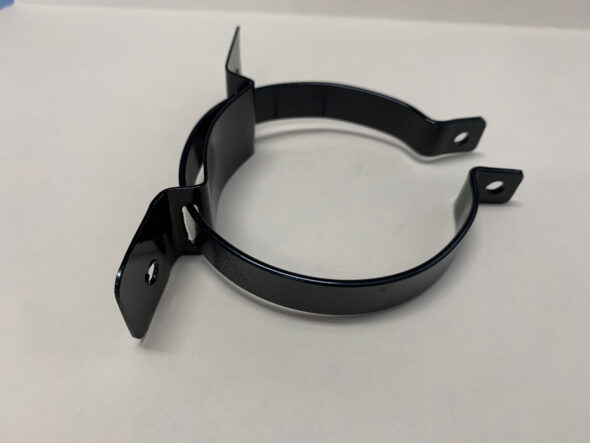 I then primed and painted the assembly: 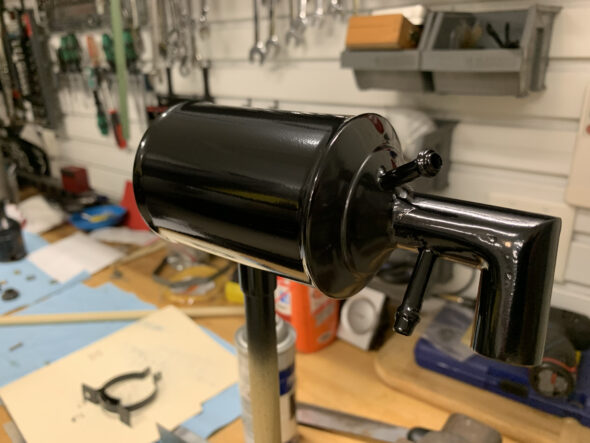 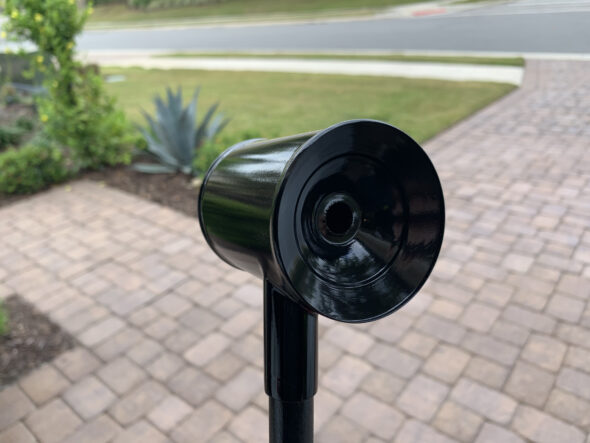 I then connected the various canister hoses and mounted the assembly to the car: 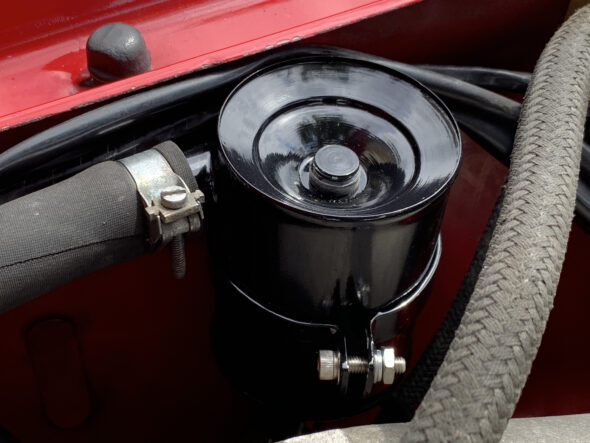 The button in the center off the OVS top is a rivet that is pushed into a rubber grommet. the rivet and grommet can be pulled out to permit inspection of the inside of the canister. Next step will be to get some new hoses.